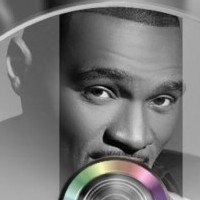 Gospel music’s smoothest balladeer Earnest Pugh has a new classic entitled “Trade It All” available for immediate download from all digital retailers such as the iTunes Store and Amazon MP3. The uplifting song of hope and inspiration hails from Pugh’s forthcoming EP “Fully Persuaded” (EPM/P-Man). The compelling tune was written and produced by Lucius B. Hoskins who masterminded Zacardi Cortez’ radio smash “1 on 1” that spent five weeks at #1 on Billboard Magazine’s Gospel Airplay chart in 2013.

There’s been much buzz about the track.  CEO of the ND Company, Neily Dickerson says, “Pugh did some good sanging on this record.” Veteran radio promoter Tracey Artis adds that,  “This song has legs…a hit.”  Singer Byron Cage gives the track high praise while radio executive Elroy Smith says it is “Well delivered (vocally), well written and well mastered solidly.” However, Melanie Clark-Pratt, midday host at Radio One Charlotte, is more direct: “ Earnest, you nailed it!”

The five-octave vocalist is now on his way to Washington, D.C. to perform the song on BET’s “Bobby Jones Gospel” program this Friday for the show’s 35th and final season. “This song reminds me of the feeling I had when I first heard `Rain On Us’,” says Pugh who is best known for the #1 hits “Rain On Us” and “I Need Your Glory” which spent nine weeks at #1 on Billboard’s Hot Gospel Songs chart. “I wrote the song for Earnest at least four years ago but he never got around to recording it because his label took him into another direction,” Hoskins adds. “I recently ran into him and reminded him about the song and the timing was right so we cut it.”