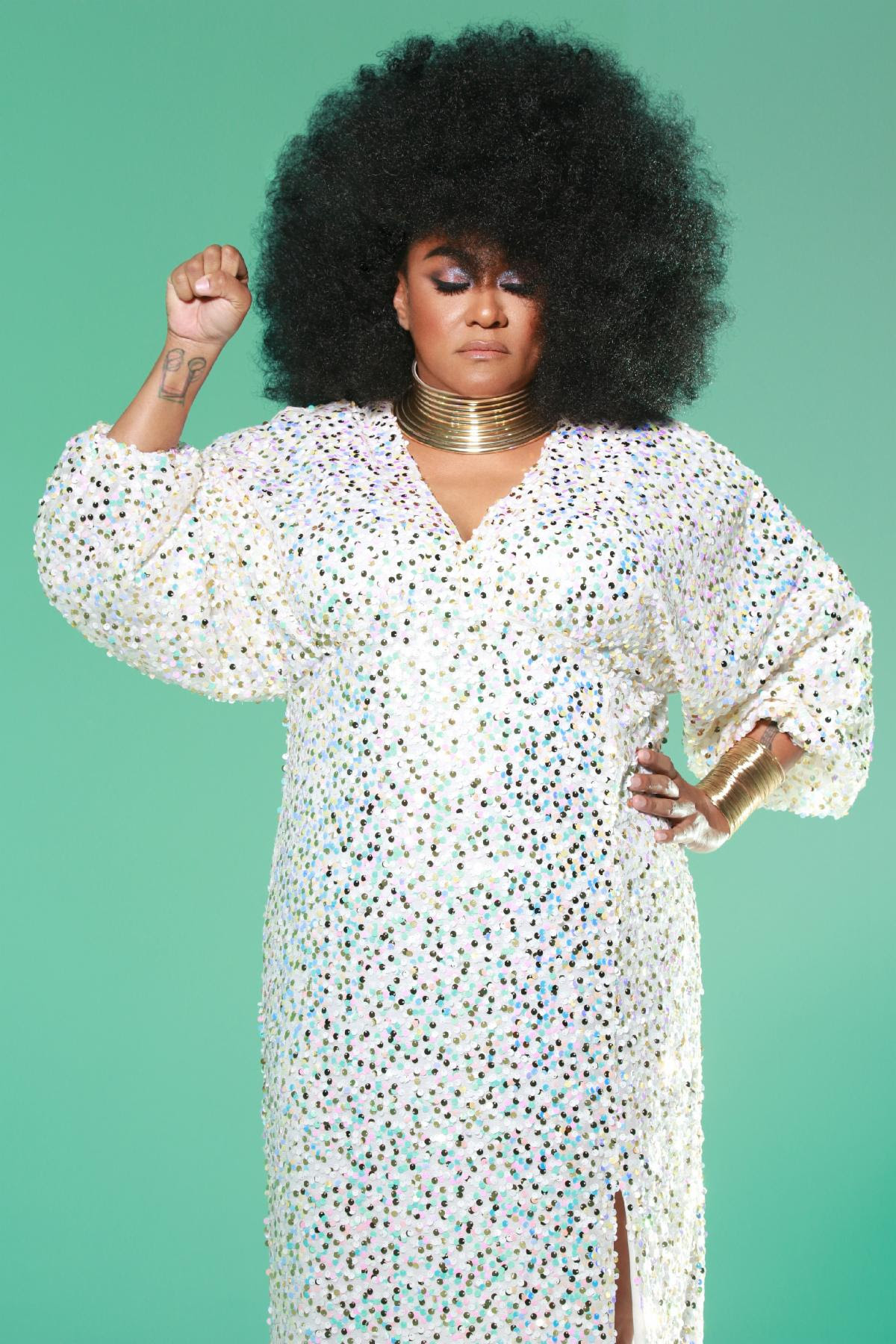 Shontelle Norman-Beatty, background vocalist and former member of the New Edwin Hawkins Singers, revisits her traditional gospel foundation with her second-ever single release, “Jesus Will Fix It,” . The electrifying “Jesus Will Fix It” takes a traditional take on the original beloved classic, while adding a new-sound showcasing Shontelle’s incredible range. “Jesus Will Fix It” will be available Friday, November 6, 2020 on all major digital outlets for purchase and streaming.

Produced by GRAMMY Award-winner Jonathan “J-Rych” Richmond, who also produced her debut solo single, “Calvary,” “Jesus Will Fix It” is a reworking of “Trouble in My Way”—as Shontelle calls it, “a new take on an old message.”

“I was always leading up-tempo traditional songs in my church,” Shontelle Norman-Beatty says. “To me, traditional gospel is the foundation. It’s synonymous with soul music.”

Memphis native Shontelle Norman-Beatty is rooted in the COGIC Church; her father, Superintendent James Norman, is pastor of St. James COGIC in Grand Junction, Tennessee. Her mother, First Lady Judy Norman, was born in South Korea during the latter days of the Korean War. As a self-professed “COGIC baby,” Shontelle was raised listening to the Clark Sisters and Dr. Mattie Moss Clark. Shontelle is the sister of late famed gospel singer Shea Norman.

As a young woman, Shontelle joined Michelle Prather (Kurt Carr), Angela Cage (O’landa Draper & the Associates) and soul songstress Stefanie Bolton in a now disbanded gospel group, called 4given. She later went on to become a well sought-after background vocalist, touring domestically and internationally. Today, Shontelle and her husband, the Reverend Andre’ Beatty, are the first family of the city’s Kingdom Culture Center, a nondenominational church located in Texas.

Michael Anthony Taylor, Founder of DARE Records, shares, “I’ve known Shontelle Norman-Beatty and her amazing musical family for over 30 years and I am very excited and honored to sign her to our growing Dare Records roster. Her electrifying voice is going to capture a global audience and we are honored to present her to the world.”

“Powerhouse vocalist Shontelle Norman-Beatty is the next big voice to watch for in the Gospel music industry. Shontelle comes from a rich family legacy in Gospel music, and she has shared the stage with many of the Gospel greats, like Edwin Hawkins, as well as her brother, the late great Shea Norman whom I signed and executive produced along with Fred Hammond to Verity Records. The torch has been passed, and I am excited and confident that Shontelle’s highly anticipated new single will become one of the most important records to release this year. Her fresh rendition of this classic gem is amazing, and we look forward to great things to come from her new music,” shares Tara Griggs Magee, DARE Records’ President.

For more information on Shontelle Norman-Beatty follow her on social media by using the handle @ShontelleSings901 and follow the hashtag #JesusWillFixIt. “Jesus Will Fix It” will be available Friday, November 6, 2020 on all major digital outlets for purchase and streaming.