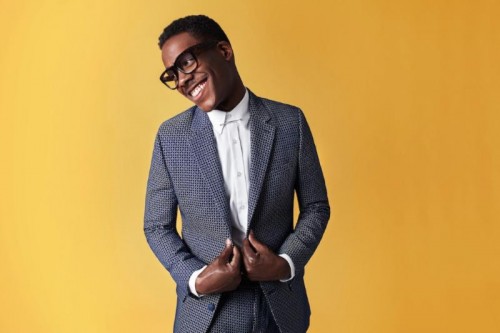 A career in music for Bowman has been years in the making. Bowman has singing in his DNA — kin to the iconic Winans family and son to popular smooth jazz veteran Tim Bowman Sr., Bowman is poised to take up the mantel for the next generation.

When Bowman was 12, he sung on his aunt, Vickie Winans’, number one song“Shake Yourself Loose,” with a melodic scat that became his then ‘signature sound.’  He appeared again with her on a follow up hit song “How I Got Over.”  Then in 2010, he released an indie debut album that generated a top 10 single, “Beautiful.”

Today, Bowman has grown up as has his sound.  The first offering off the upcoming  sophomore album is “I’m Good” a decidedly different sound than the scat of early years.  It is a fresh, modern song that’s both fully-planted in R&B and Gospel.  “I’m Good,” produced by Jerkins and written by Jhonte Austin, ignites with a solid beat, piano foundation and Bowman’s stellar vocals. The song has a contagious, joyous sound that is a definite bridge-builder between audiences across all musical lines.

The album will be executive produced by Jerkins and fans will be captivated as Bowman explores a wide range of topics and lyrics that cross genre lines. The forthcoming album will include infectious melodies on top of a fusion of dance, urban, contemporary folk, and gospel music, all strung together with uplifting messages.

“I’m Good” will be serviced to radio along with Bowman’s plans to make key appearances and performances this summer.