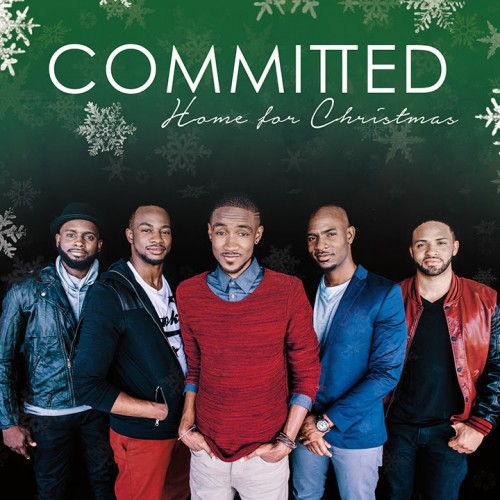 Popular all male a-capella group Committed HOME FOR CHRISTMAS EP is now available for pre-order via iTunes. The group is set to release their holiday album on November 25th via Mixed Bag Entertainment/eOne Distribution.

The 6-track EP release features holiday favorites “The Chipmunk Song (Christmas Don’t Be Late)”, “Do You Hear What I Hear”, “Have Yourself A Merry Christmas” among more.

The group — Therry Thomas, Dennis Baptiste, Geston Pierre, Robert Pressley and Maurice Staple — began singing together in 2003, inspired by another a cappella group that originated at Forest Lake Academy and solidified their sound while at school at Oakwood University in Huntsville, AL.

Upon winning NBC’s “The Sing-Off,” reaching 9 million viewers Committed earned a contract with Epic Records and released their debut album Committed which since has peaked at #3 on the Billboard Top Heatseekers chart, #31 on the Top R&B/Hip-Hop Albums chart, and #171 on the US Billboard 200 chart. The group garnered a 2012 NAACP Image Award nomination for ‘Outstanding New Artist.’