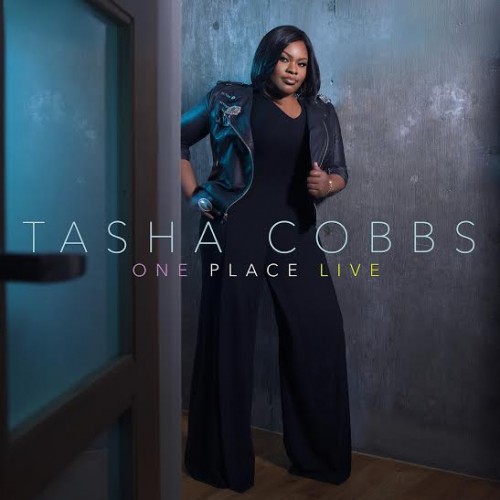 The wait is just about over, as the new album from Tasha Cobbs – One Place Live – will be available online and in stores this Friday, August 21. The Motown Gospel release is one of the most talked about projects of the year.

To promote One Place Live, Cobbs has made appearances around the country, performing new music before sold out, standing room only audiences at events and venues including the All White One Place Live Experience (Nashville), New Jersey Performing Arts Center w/Mary Mary and The Manns (Newark), Greater Allen Cathedral (New York) and Festival of Hope (Birmingham).

Additionally, Cobbs was in New York recently making radio and press visits. While in New York, she also performed her single, “Jesus Saves,” at the exclusive Radio One Urban Blitz. Cobbs was the only Gospel artist invited to perform at the event, which featured performances from a who’s who of artists including Alicia Keys, Nelly and Robin Thicke.

This week, after a CD release concert at her home church – The dReam Center in Atlanta – Cobbs will travel to Dallas for appearances at Oak Cliff Church and T.D. Jakes’ MegaFest where, this Thursday, she will set the “Woman Thou Art Loosed” stage ablaze with her passionate, powerful vocals.

Tasha Cobbs’ music has been so ubiquitous in the market over the past year that she just last week received a Dove Award nomination for Gospel Artist of the Year.

This fall, Tasha Cobbs will embark upon a national One Place Live Tour. Dates and cities will be announced soon.