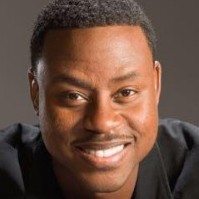 The Windy City’s beloved gospel group, Pastor Charles Jenkins & Fellowship Chicago, has made Billboard Magazine chart history with its radio smash “#WAR” (from the No. 1 best-selling album “Any Given Day”) that is currently No. 1 on the periodical’s Gospel Airplay Chart. The song reached the top spot in its 45th chart week (which ended August 2nd). William McDowell’s “I Won’t Go Back” and Isaac Carree’s “In The Middle” jointly held the previous record for longest climb to No.1. Each song reached its chart summit in its 34th week of airplay on the chart.

The rousing New Orleans Brass Band-flavored anthem was written by Pastor Jenkins and combines elements of foot-stomping traditional gospel with a contemporary flavor that has cross-cultural and multi-generational appeal. “We could not be more grateful,” says Jenkins who performed it this past weekend to a standing ovation on the “Bobby Jones Gospel” TV program that will air this fall on Black Entertainment Television (BET).  The song has been incorporated into worship services across the globe and even adopted by some sports teams. “Nothing brings us more joy than hearing people sing #WAR as their personal fight song,” he adds.  Video: https://www.youtube.com/watch?v=n2FtlFFzyuw

Pastor Jenkins’ current success is continuing the recording legacy of Rev. Clay Evans who founded the church he now pastors – the 8,000-member Fellowship Chicago church. Over a 60-year recording career, Evans recorded dozens of top-selling albums such as 1996’s No. 1 hit “I’ve Got A Testimony.” Pastor Jenkins burst into the national spotlight when he and the Fellowship Chicago choir’s radio debut “Awesome” topped Billboard Magazine’s Hot Gospel Songs chart for 22 weeks in 2012.  It won a BMI Award in 2014 for over 100,000-lifetime radio spins. The album “Best of Both Worlds” debuted at #1 on Billboard’s Gospel Album sales chart, garnered 5 Stellar Awards, multiple Dove Award nominations, appearance at Jay Z’s “Made In America” festival and more. Please visit  www.charlesjenkins.com for more news and information.