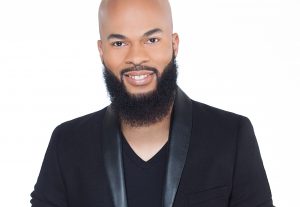 The wins keep coming for gospel superstar J.J. Hairston & Youthful Praise. Hairston and his group received their first Billboard Music Awardon Sunday for Top Gospel Song for the radio smash, “You Deserve It,” which spent 24 weeks at No. 1 on Billboard’s Gospel Digital Song sales chart. The song and the similarly titled album is the first project on Hairston’s new imprint, JamesTown Music.

This week Hairston was also named a winner of the 2018 ASCAP Rhythm & Soul Music Award for “You Deserve It,” which was among the top ASCAP songs on the 2017 year-end charts. The award ceremony will be held on Thursday, June 21st at the Beverly Wilshire Hotel in Beverly Hills.
Topping off all of this, Hairston has just been elected as Governor to the Washington, D.C. Chapter Board of the Recording Academy. As the Governor of the chapter, his primary responsibilities include serving as an advisor to help chart the course for his Chapter’s music community along with other Governors.

“This is an exciting season for myself and Youthful Praise” says Hairston. “I’m excited about where God continues to take us and the ability to further His message and for that I’m truly grateful.”

It’s been a busy time for Hairston. He began the year with “You Deserve It” earning him his first GRAMMY® Award nomination. He also won 6 Stellar Gospel Music Awards this year.
Currently, Hairston is co-headlining the 2018 McDonald’s Inspiration Gospel Tour that is scheduled to hit 13 cities nationwide. He also has just launched a new syndicated radio show, Youthful Praise with JJ Hairston, and he is preparing for the summer 2018 publication of his new book, “Amazing Love,” with his wife, Trina.
Hairston plans to record his first Christmas EP LIVE on Monday, September 10thfollowed by a new album recording in January 2019.
Formed in 1991 out of Turner’s Faith Temple in Bridgeport, CT, the group was originally known as Teens of TFT and served as the choir for the church pastored by Bishop J.C. White and Evangelist Gloria White. The group is known for their Top Ten gospel radio hits such as “After This,” “Resting On His Promises,” “Incredible God, Incredible Praise,” “Bless Me” “You’re Mighty.” JamesTown Music is distributed in partnership with Entertainment One (eOne).