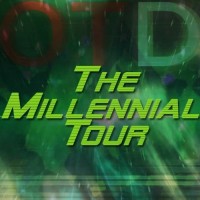 When God’s Not Dead became the most successful Christian film of all time in 2014, the movie’s producer, Troy Duhon, set out to launch the same concept theme with The Millennial Tour 2015. The national tour is currently scheduled to visit 14 cities across the country during the summer, with the first date taking place May 15th at New Orleans’ Saenger Theatre where three of the tour’s ten artists will open for for KING & COUNTRY. The summer tour dates include several major festival performances, including all five Creation Festivals, Lifest and AliveFest, among many others. The Fall segment of The Millennial Tour 2015 will visit 25 cities in 13 states, and an announcement with all details will be made later this summer.

God’s Not Dead created a national stir, among atheists and Christians alike, when the film’s direct approach to the question of an omnipotent God as creator of all things was based on real-life college situations facing Christian students. The film used several references from Broocks’ book of the same title. Set in a classroom at a university, the movie revealed the difficulties Christians face with defending their belief in God and the Bible in the midst of an education system and society that explains away God in lieu of science.

The highly-anticipated sequel to God’s Not Dead is expected to release Spring 2016, marking the big screen debut of many of the artists appearing on The Millennial Tour 2015. Fans who attend the Fall tour will get a first look at the trailer for the upcoming film. Centered around a group of high school students, the movie explores the historical debate of Jesus’ existence in human form on earth.