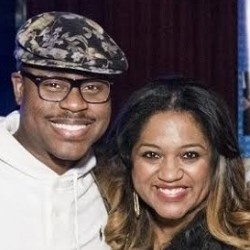 Entertainment One Music (eOne Music) continues to be a big hit on the charts, inspiring listeners with its greatest hits compilation, Billboard #1 Gospel Hits.  The 2-disc chart-topper is currently #5 on Billboard’s Gospel Albums chart, where it has remained in the Top 10 for the past 6 weeks.

Hosting a Billboard #1 Gospel Hits album celebration in Chicago, eOne Music welcomed a packed crowd of fans and tastemakers to Angels & Kings at the Hard Rock Hotel Chicago on Thursday February 26th, where the night included a meet and greet with gospel artist, and Chicago pastor Charles Jenkins, whose hit song “Awesome” with Fellowship Chicago, is among the #1 hits featured on the compilation.

Ricky Dillard’s record-breaking #1 hit with New G, “Amazing,” and VaShawn Mitchell’s #1 hit ballad “Nobody Greater” are their hit tunes featured on the compilation. Billboard #1 Gospel Hits is available in stores and online via iTunes and Amazon.