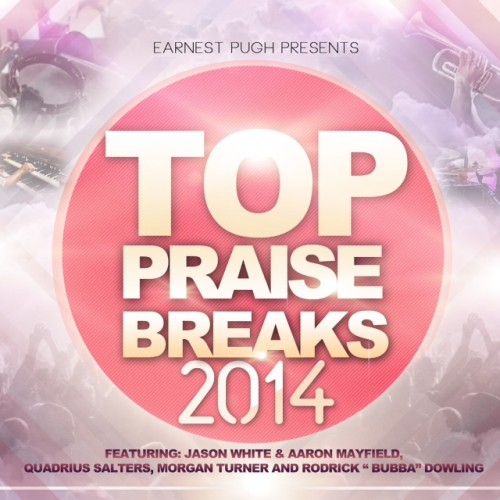 EPM Music Group has made history with its very unique new compilation CD entitled “Earnest Pugh Presents Top Praise Breaks 2014.” The eleven-track project debuts at #18 on this week’s Billboard Top Gospel Albums chart and its thought to be the first ever collection of praise breaks to ever chart in the iconic music industry trade magazine.

For those who don’t know, a praise break is a spontaneous dance that breaks out among parishioners at Pentecostal churches. It’s usually accompanied by the church band delving into a feverish jam session where the pianist or organist engages in a percussive, double time jam session with the drummer and sometimes the bass player that creates a festive atmosphere of worship.

“My intent on releasing the praise break CD was to give musical directors and ministers of music some options to choose from when their services escalate from worship to praise,” says singer Earnest Pugh, Founder of EPM Music Group. “I am grateful to God for the overwhelming support and love that we are getting on social media about the CD. Joshua Rogers, Tasha Cobbs and others have tweeted about it and several calls have come in from my peers in the industry so I am happy to know that my efforts are seen and appreciated. I decided to test the market with a digital CD first with hopes of creating a demand and then release a physical copy of the CD later. The way things are looking now, there will definitely be a physical release.”

“Working for Earnest Pugh in the capacity of A&R/Marketing is very exciting because he is an out-of-the-box type,” says Gerald Jones. “His creative and innovative ideas push me to go above and beyond the call of duty to get him what he wants. I am ecstatic about a digital record hitting Billboard.”

“We enlisted some of gospel music’s top producers such as Cedric Thompson, Jason White and Rodrick Dowling,” says EPM Music Group President Keith Williams. “We knew we had something special when we saw that newcomer Morgan Turner’s `Spirit of David’ break from the CD got over 6k plays on sound cloud within the first couple of weeks of us promoting the project.”