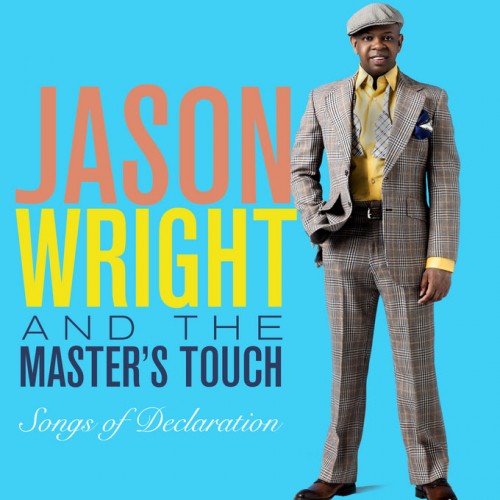 DREAM Gospel is excited to announce the release of “Songs of Declaration” by Jason Wright and the Master’s Touch. Jason Wright and The Master’s Touch were the first artists to sign to DREAM Gospel, the new gospel division of DREAM Label Group. “We couldn’t be happier!” says, Lance Brown, General Manager of DREAM Label Group, “Jason and his team are an amazing group with such incredible songs and we are honored to be working with them.”

Check out what Jason had to say about the release of “The Declaration” and the entire album:

The “Songs of declaration” project is a project full of powerful music that is sure to change the lives of each listener. Produced by new comer and long-time friend of mine Rufus McGee, Jr. Most of the twelve song CD was written by myself, but I was able to include some amazing songs from industry favorite’s Travis Malloy, Steven McCoy, and new writer Jason Monroe. I am excited for the new project and looking forward to the worldwide impact it is sure to make on each person that hears it.

The song “The Declaration” came from a place when I was living beneath my privilege, and not really accessing the thing that I really could and should as a believer. In Proverbs it says that the Power of life and death is in our OWN tongue, so I began to speak things adding faith to them and they began to come to past. The purpose of this song is to help the believer realize that their tongue and what they speak over their life and situation has POWER!! Speaking it, adding Faith to what they speak, and watching it happen right before their very eyes!!!

Jason Wright is no stranger to Gospel Music and the Gospel Music Industry, as he is long time member of Stellar Award Winning choir Ricky Dillard & New G. Jason is the co-leader of the hit song “Take Me Back” in which he recorded with Dillard & New G on their 6th album. Jason has also recorded with Dorothy Norwood on her “Shake The Devil Off” album as well as several others.

Currently Jason serves as the President/Minister of Music for the Church of God in Christ of Western New York overseeing music for over 90 churches across upstate New York. Jason has traveled the world including Germany, Italy, and England spreading the Gospel through music.