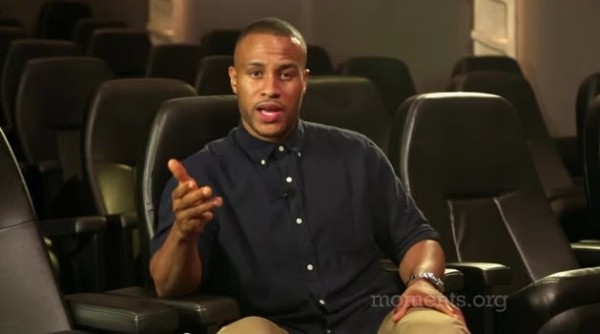 Family entertainment network INSP has added two new videos to their critically-acclaimed and award-winning MOMENTS short-form series.  The videos feature DeVon Franklin, a movie producer and head of the newly-formed Franklin Entertainment.  In his former role as SVP of Production for Sony Pictures, Franklin oversaw production on such noteworthy films as The Pursuit of Happyness, the remake of The Karate Kid,  the box office hit Heaven is for Real, and the upcoming Annie starring Jamie Foxx and Quvenzhane’ Wallis.

Franklin is also the author of the much heralded “Produced by Faith,” a unique self-help book which encourages the reader to look at their life in the context of a movie. Drawing from his own personal experience building a successful Hollywood career, Franklin instructs readers how to fight for their dreams without compromising their faith.

MOMENTS have struck a chord with audiences across America. Spots have been praised and used by the U.S. Department of Defense, the United States Army, USAA, and the American Legion.  The series has won a Telly Award, a Summit Creative Award, a New York Festivals Film & Television Award, a CBC Media Award, has been shortlisted for the Primetime Emmy’s, was a finalist for a Cynopsis Digital Model D award, featured on ABC’s “The View,” and received special recognition from the Department of Defense for “service to our country.”