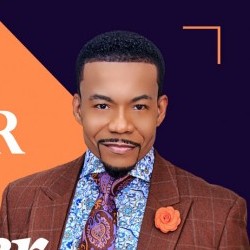 The #GETITDONE project offers listeners an absolute worship experience. It is a musical tool for ministers of music, praise and worship team leader and music lovers alike. The music runs the gamut of Sunday morning congregational songs to tracks with a full-throttle concert vibe. “While the Ge?t It Done c?ampaign started as a clothing line and a motivational message to The Lonnie Hunter Show listeners, the #GETITDONE message could not stop there,” Hunter says of the motivating set of tunes. “The #GETITDONE album is a mandate from God to the gospel music lover.”

A Chicago native, Hunter began his career as a runway and print model but music was his first love. He was a soloist for the U.S. Air Force Jazz Band and a celebrated gospel choir conductor. He was well known for his work with the Voices of St. Mark Choir where he produced three albums for Malaco Records that resulted in the radio hits “Even Me” (The Drip Drop Song),” “Let’s Dance” and “There’s Power In His Name.”

He began his radio career with Chicago’s #1 gospel radio station WGCI where he dominated the morning drive ratings for three years. Since 2007, Hunter has been a radio personality with Radio One where he currently hosts the nationally syndicated afternoon drive program “The Lonnie Hunter Show.” He also serves as Pastor of Worship at Bethany Baptist Church, a 26,000-member church in Lindenwold, NJ, where Bishop David G. Evans is the Pastor.