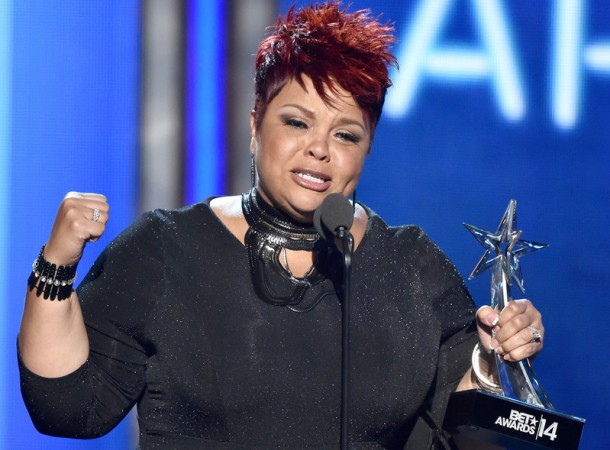 Tamela Mann won “Best Gospel Artist” at the 2014 BET Awards, which should come as no surprise due to the success of her crossover hit-song “Take Me To The King”. Being Mann’s biggest song to date, the Kirk Franklin penned track spent a majority of the year at #1 on Billboard.

The Gospel singer/actress was accompanied to the award ceremony by her husband, David Mann. The couple, who recently celebrated their 26th wedding anniversary, is also preparing for the premiere of their upcoming reality series, “Meet The Manns”, set to air on BET.