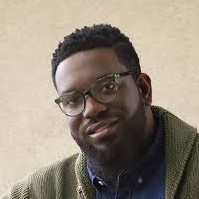 Having spent over 10 years behind the scenes as a talented producer and  musical director, Bryant is prepared to step into the forefront with his first national label deal.  “Source” the powerful new single from Phillip Bryant’s forthcoming album will be released to radio today.

“I’m looking forward to sharing my music with the world and making history with RCA Inspiration,” said Phillip Bryant.  “My first single ‘Source’ is a song of both surrender and praise.  The simple yet powerful lyrics: ‘I never wanna think I can do this on my own’ is my personal testimony.”

“Phil is the consummate musician: singer, composer and producer,” said Joseph Burney, VP of A&R at RCA Inspiration.  “I am enthused to present these gifts to the listeners.”

“I was blown away by Phil’s live show,” said Geo Bivins, General Manager of RCA Inspiration. “We’re very excited about having him on the RCAI roster.”