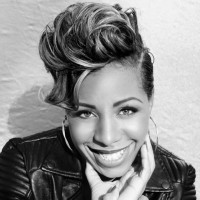 British Gospel Singer Annastasia Baker teamed up with Season 5 Sunday Best Winner Joshua Rogers for her new single, “Pass It On”. Below is the visual for the song, which the pair recorded while Annastasia was on tour in the United States last year. “Pass It On” is featured on her debut album YOU TURN, which is available now for pre-order on iTunes.

Born in Jamaica but raised in London, the song showcases Annastasia’s reggae roots, as her soulful voice pairs perfectly with Joshua’s vocals. Ironically, besides being Gospel singers, Annastasia and Joshua have something else in common, televised singing competitions! The rising singer competed on The X Factor (UK) and in 2013 she won the Time2Shine gospel talent search competition.

We can’t wait to hear more music from this promising songstress!