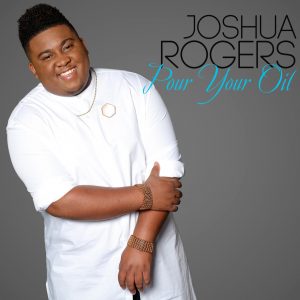 Joshua Rogers returns with his new radio single “Pour Your Oil”– the lead single from his forthcoming third album RETURNING on his new record label Mixed Bag Music, LLC, which is slated for a 2nd QTR 2018 release with distribution by Entertainment One (eOne). Released Feb 8th, “Pour Your Oil,” which is gaining major traction at Gospel radio is produced by BMI’s 2016 songwriter of the year Lucius B. Hoskins (Shirley Caeser, Cheryl Fortune) and showcases Rogers multi-dimensional vocal ability on a soothing contemporary gospel worship tune. “Pour Your Oil” is a personal testimony for Rogers who has openly talked about depression due to his career, finances and health.

Additionally, Joshua is slated to release his first autobiographical book later this year, which chronicles the famed singers’ highs and extreme lows of instant stardom.

“Pour Your Oil” is available now on all digital outlets where music is sold and streamed.