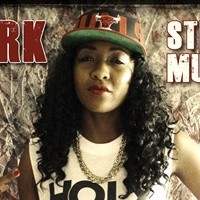 Murk is a phenomenal new young artist from Peoria, Illinois now residing in Memphis, TN.  Murk is one of the rising artists being developed by Hip Hop veteran Mr. Del and his Dedicated Music Group label.  Murk is on a mission to provide more wholesome images for women and encouraging music for all through her affirmative content and fashion forward style.  She has released a new free mixtape STILL MURKIN and launched a national campaign The P31 Movement.

Murk’s mixtape STILL MURKIN is available for a free download on Noisetrade.  The trendy petite rapper with a giant personality and fearless mentality has also officially introduced her The P31 Movement via her new single and music video “P31”.

Her “P31” single, video and movement aims to impact and teach women the true beauty and value of not only being a woman, but being a beloved daughter of God.

“The video is kind of like a short movie,” Murk says. “It’s based on the Proverbs 31 chapter of the Bible that talks about women and how they carry themselves, and the whole song is a women’s empowerment song.”  She continues, “This song is really fun, really upbeat and sassy. It’s a little bit daring and takes Christian music out of the typical box. But this song definitely caters to young women, so it’s a little more hip.”

“P31” is the lead track on Murk’s MURK IN SEASON project available on iTunes now.  The concept of the video follows Murk as she signs with a fictitious record label whose executives want her to make certain changes so that she’ll sell more music.  It features a cast of women with diverse looks and backgrounds, which are important to Murk and to the message of staying true to yourself and who you are called to be.

“I just wanted to go against that concept of looking like a Barbie,” she says. “We’re not plastic. We’re real women, with real issues and real things we have to face. That’s what I want to convey.”