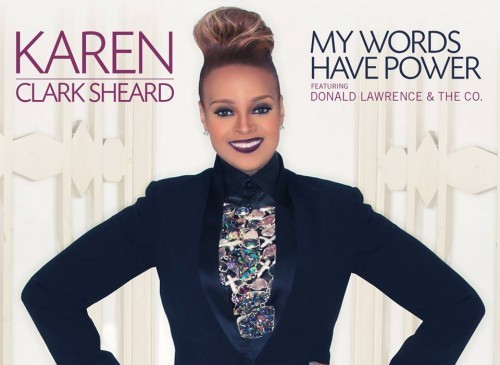 Bringing together the award-winning talents of Donald Lawrence, who also produced the song, and written by Rick Robinson, “My Words Have Power” (feat. Donald Lawrence & The Co.) showcases Karen Clark Sheard’s innovative style that have garnered her international acclaim as one of gospel’s most beloved superstars.  Coming from one of gospel’s biggest dynasties, the multiple Grammy, Stellar and Dove Award-winner continues to pave the way in producing a powerful modern gospel with her latest single.

Fueled by the sound of Donald Lawrence & The Co., Karen Clark Sheard’s renowned voice is an unstoppable creative force, bringing rich spiritual inspiration to the hearts and minds of listeners everywhere on “My Words Have Power.”  The second single follows her critically-acclaimed GRAMMY® nominated lead single “Sunday A.M.” from her upcoming album Destined To Win, which is slated for release later this summer.  Destined To Win will mark not only Clark Sheard’s sixth solo release, but also her second album release on her own record label Karew Records, which she jointly owns with her husband Bishop J. Drew Sheard.