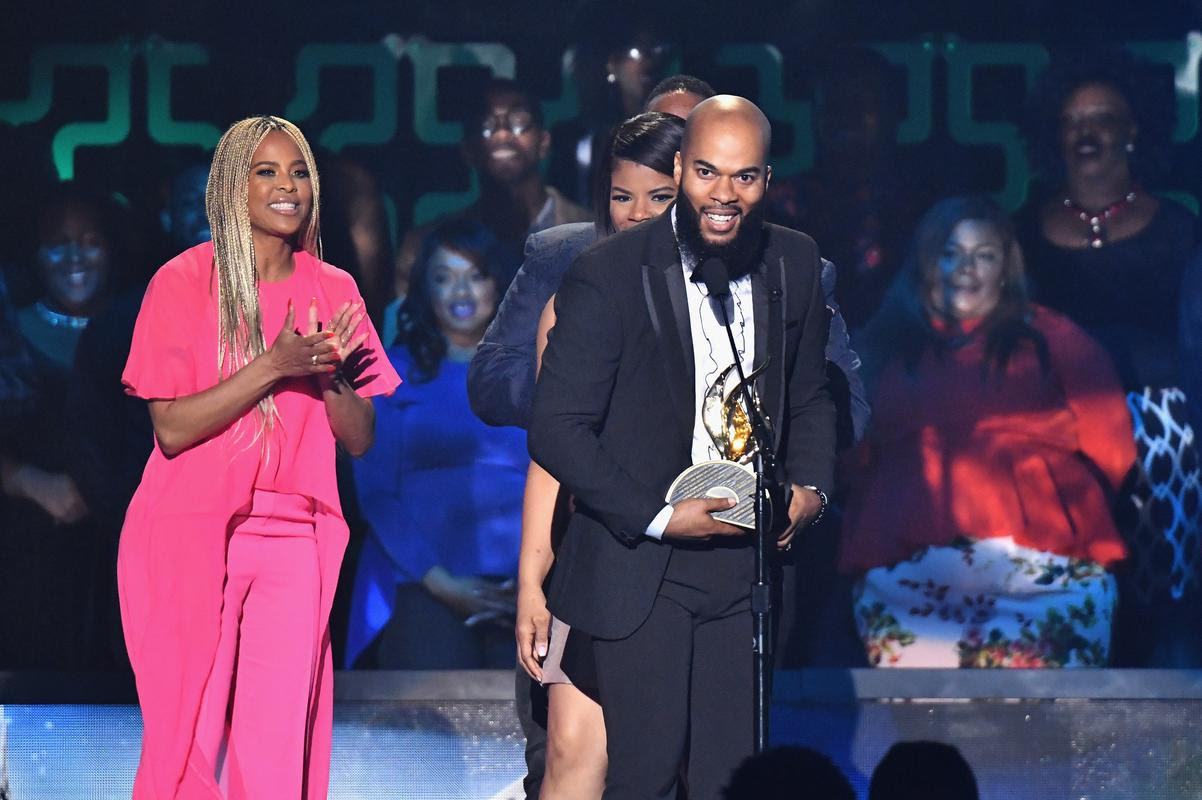 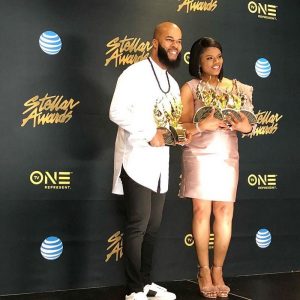 J.J. Hairston & Youthful Praise are the talk of the gospel music industry as they walked away with six of their nine Stellar Award nominations during this past weekend’s 33rd Annual Stellar Gospel Music Awards in Las Vegas. Hairston and his troop won more awards than any of this year’s nominees.They struck gold in these categories: CD of the Year, Choir of the Year, Urban/Inspirational Single or Performance of the Year, Contemporary Choir of the Year, Praise & Worship CD of the Year. They also won the coveted, Song of the Year statuette for the radio smash, “You Deserve It,” which spent 21 weeks at No. 1 on Billboard’s Gospel Digital Song sales chart. The song and the similarly titled album is the first project on Hairston’s new imprint, JamesTown Music.

“I am truly overwhelmed,” says Hairston. “I want to thank every well wisher, mentor, and everyone who has expressed their support, thank you. This is just the beginning. To God be the glory!“ 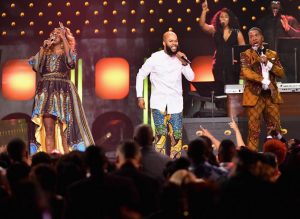 Topping off this experience, Hairston performed his new single, “No Reason To Fear,” as the Stellar Gospel Music Awards’ finale. The song is currently No. 8 on the Billboard Gospel Airplay Chart. The performance featured some of gospel’s heavy hitters such as Deitrick Haddon, Todd Dulaney, Ricky Dillard, Canton Jones, LeAndria Johnson, and Donald Lawrence. The rousing performance culminated with the announcement that Hairston and his fellow performers would be co-headlining the 2018 McDonald’s Inspiration Gospel Tour that is scheduled to begin May 12th in Newark, NJ and will hit 13 major markets across the country. ASCAP also honored Hairston this weekend for his Stellar Award achievements. The show airs Friday, March 30 at 9 PM ET on the TVOne cable television network with a repeat broadcast of the star-studded program at 11 PM ET. 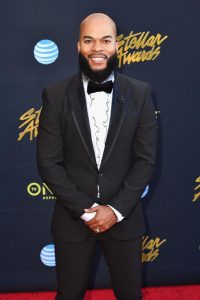 It’s been a busy time for Hairston. He began the year with “You Deserve It” earning him his first GRAMMY® Award nomination. He also has just launched a new syndicated radio show, Youthful Praise with JJ Hairston, and he is preparing for the spring 2018 publication of his new book, “Amazing Love,” with his wife, Trina.
ABOUT JJ HAIRSTON & YOUTHFUL PRAISE
Formed in 1991 out of Turner’s Faith Temple in Bridgeport, CT, the group was originally known as Teens of TFT and served as the choir for the church pastored by Bishop J.C. White and Evangelist Gloria White. The group is known for their Top Ten gospel radio hits such as “After This,” “Resting On His Promises,” “Incredible God, Incredible Praise,” “Bless Me” “You’re Mighty.” JamesTown Music is distributed in partnership with Entertainment One (eOne).