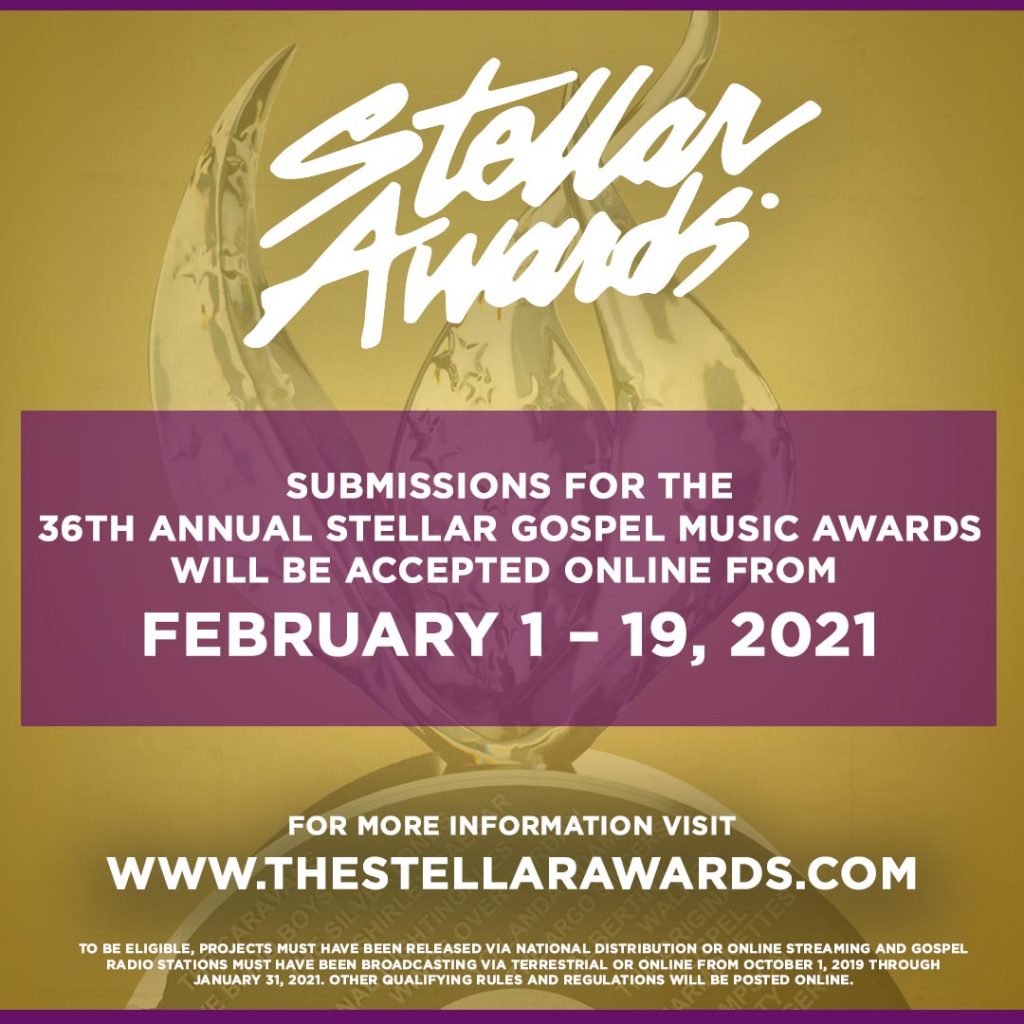 Today, Central City Productions, Inc. released  a Call for Entries for the 36th Annual Stellar Gospel Music Awards. Submissions  will be accepted online from February 1 – 19, 2021. To be eligible, projects must  have been released via national distribution or online streaming and Gospel radio  stations must have been broadcasting via terrestrial or online from OCTOBER 1,  2019 THROUGH JANUARY 31, 2021. Other qualifying rules and regulations will  be posted online.

Additionally, a timeline of important dates leading up to the Stellar Awards television  broadcast was released. Nominations for the 36th Annual Stellar Gospel Music  Awards will be announced on April 27, 2021. Additional key dates include:

The 36th Annual Stellar Awards will air via National Broadcast Syndication and  Cable during the window of July 30 – September 5, 2021.

Forthcoming details about the 36th Annual Stellar Awards taping, performers, and  special honorees will be released at a later date. For all information and the latest  news, visit the Stellar Awards website at www.stellarawards.com

The Stellar Gospel Music Awards is hailed as the ‘Greatest Night of Gospel Music,’  and recognizes the year’s best performances in the genre, honors Gospel music  icons and acknowledges the accomplishments of individuals instrumental in  advocating for the industry.