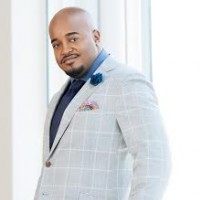 A worshipper at heart, Jason Nelson recorded 14 live tracks earlier this year before a packed audience in his native Baltimore.  Nelson teamed up with long-time songwriting partner, Dana Sorey to co-write most of the tracks, along with his twin brother and fellow gospel artist Jonathan Nelson contributing writing on “Can’t Stop Calling,” while, Tasha Page-Lockhart lends her voice to join Nelson on “I See The Lord.”

Following his hit solo releases I SHALL LIVE, PLACE OF WORSHIP, and the Stellar Award-winning SHIFTING THE ATMOSPHERE, Jason Nelson brings listeners together in worship with his powerful performances on JESUS REVEALED.  From the hit single “I Am,” to standout tracks such as “God Is Great,” “The Lamb,” “So In Love,” and more, Nelson sets out to reintroduce listeners to the bible Jesus on the new project.  “This album is about showcasing God’s heart, His love and His grace,” explains Nelson.