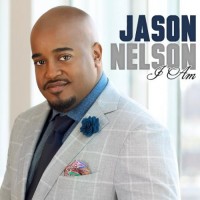 RCA Inspiration artist Jason Nelson reaches a career high with “I Am” the lead single from his forthcoming album, JESUS REVEALED available on January 20, 2015.  The powerful gospel anthem has been steadily climbing the chart since its July release and locks in the #1 position on this week’s Mediabase Gospel chart.  “I Am” marks the talented singer and musician’s first #1 single.

“I was overwhelmed by the news about ‘I Am’,” said Jason Nelson. “I’m humbled, honored and excited about my first #1 song and expecting great things for JESUS REVEALED.”

“We are extremely proud of Jason Nelson and the success of the single,” said Geo Bivins, General Manager, RCA Inspiration. “The album is flooded with songs that have the potential to go all the way…congrats to Jason on his first of many future #1 hits.”

“I Am” is the first single from Nelson’s album, JESUS REVEALED, which was recorded live in 2014 before a packed audience in his native Baltimore. Nelson teamed up with long-time songwriting partner, Dana Sorey to co-write most of the tracks, along with his twin brother and fellow gospel artist Jonathan Nelson contributing writing on “Can’t Stop Calling,” while, Tasha Page-Lockhart lends her voice to join Nelson on “I See The Lord.”

Following his hit solo releases I SHALL LIVE, PLACE OF WORSHIP, and the Stellar Award-winning SHIFTING THE ATMOSPHERE, Jason Nelson brings listeners together in worship with his powerful performances on JESUS REVEALED.  From the hit single “I Am,” to standout tracks such as “God Is Great,” “The Lamb,” “So In Love,” and more, Nelson sets out to reintroduce listeners to the biblical Jesus on the new project. JESUS REVEALED is available for pre-order now on iTunes and Amazon.com.  Pre-order JESUS REVEALED now and receive the Instant Great track, “Can’t Stop Calling.”