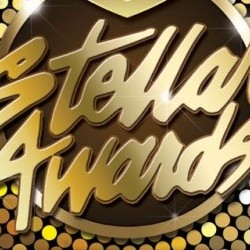 The first Stellar Gospel Music Awards television broadcast took place at the Arie Crown Theater in Chicago in 1985 and this year’s landmark program takes place at The Orleans Arena in Las Vegas. The collector’s edition album will feature an array of chart topping tracks by fifteen of the most legendary names to ever stand on a Stellar Awards stage and sing the praises of God. The final track will be announced in the coming weeks.

The Stellar Gospel Music Awards show is Executive Produced by Don Jackson and Produced by Barbara Wilson for Central City Productions (CCP). Founded in 1970 by Don Jackson, the Chicago-based Central City Productions is a distributor of original targeted programming to television and cable networks. CCP’s award-winning television programs include The Stellar Gospel Music Awards, The Trumpet Awards, The Black College Quiz Show Series, Hispanic College Quiz, Our World with Black Enterprise and Women of Power, among others. For more information, please visit www.ccptv.com.