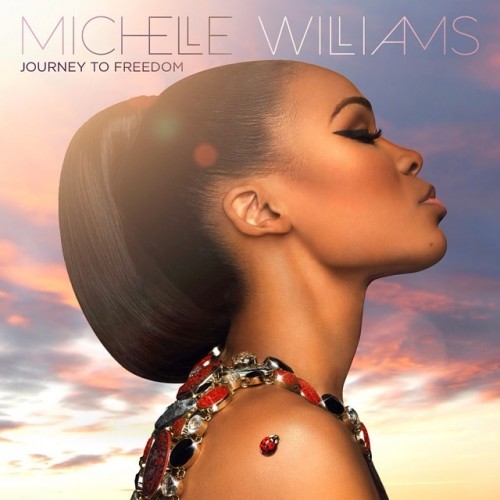 Acclaimed Grammy-winning singer, songwriter and actress Michelle Williams will release her upcoming fourth studio album, Journey to Freedom, in stores Tuesday September 9th. Following the album’s releases of the #1 hit summer anthem “Say Yes” (feat. Beyoncé and Kelly Rowland), which topped Billboard’s Gospel Digital Songs for 4 weeks, and Billboard’s Hot Gospel Songs and Gospel Streaming Songs charts, as well as the powerful tracks “Fire” and “If We Had Your Eyes” (feat. Fantasia), Journey to Freedom’s much anticipated songs reveal one of Williams’ most personal and inspirational journeys yet, in a 12-track album that showcase her striking vocal range coupled with a lush musical soundscape.

In addition to “Say Yes,” “Fire,” “If We Had Your Eyes,” Michelle Williams continues to break musical boundaries on tracks such as “Need Your Help,” “Free,” Believe in Me,” and “Fall” (feat. Lecrae and Tye Tribbett). Teaming up with superstar producer Harmony Samuels, Williams has created a deftly-crafted album of reflective and rousing lyrics, empowering listeners to find strength and freedom through life trials, against a backdrop of gorgeous sonic grooves mixing African-influenced and dance beats, pop, R&B and more.

Journey to Freedom is available for pre-order now on Walmart, iTunes, and Amazon. Fans can pre-order an exclusive Walmart CD/DVD special edition, containing never-before-seen footage on the bonus DVD, while fans who pre-order the album on iTunes will receive 3 tracks instantly.

In addition to high anticipation for the new album and upcoming appearances surrounding the release of Journey to Freedom,Michelle Williams will be starring on the new Oxygen television series “Fix My Choir” later this year.

Pre-Order the Journey to Freedom CD/DVD special edition exclusively at Walmart, on iTunes and Amazon: