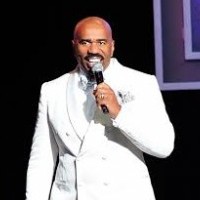 Steve Harvey and television/radio/film producer Rushion McDonald created the one-of-a-kind Neighborhood Awards (formerly the Hoodie Awards) and Neighborhood Awards Weekend to recognize and celebrate men and women nationwide who uplift their neighborhoods through their contributions and excellence as entrepreneurs, religious/community leaders, educators and more.