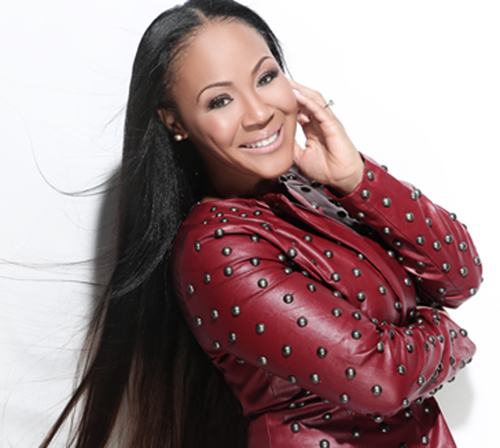 Erica Campbell won a GMA Dove Award for Traditional Gospel Song of the Year for her first solo and Grammy-nominated single “A Little More Jesus” on Tuesday.

The GMA Dove Awards were given out this past week at an incredible, all-star event in Nashville, TN.  Erica was a featured performer, singing her popular title track “Help,” where she was joined by Dove Awards co-host Lecrae.  The show will be televised this Sunday, October 12th nationally on TBN at 10pm EST / 9pm CST/ 7pm PST.

Erica also continues to innovate and expand her brand with the recent launch of ECxCC (EC by Color Club), her new nail polish line. She launched the nail polish last week in New York at Circle of Sisters to rave reviews.  Several hundred fans waited to meet Erica and to be the first to purchase ECxCC, where Campbell also gave away free manicures. The initial ECxCC launch includes 10 fresh, vibrant colors.

Campbell exclusively partnered with Color Club to manufacture the nail polish in North America and is working closely with chemists and engineers for the highest quality polish and spectacularly unique colors.  The line is slated to hit mass retail in early 2015 but will be available at Erica’s performances and tour dates.

Erica is in production on the 4th Season of “Mary Mary,” and will have several appearances and performances at the end of 2014.