Home / Artists / Brandon Camphor and One Way Teams Up With Willie Moore Jr. for #ICHOOSEYOUJESUS Campaign

Brandon Camphor and One Way Teams Up With Willie Moore Jr. for #ICHOOSEYOUJESUS Campaign 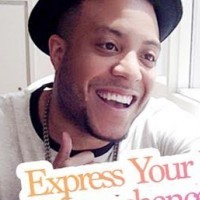 One of the most exciting young vocal groups on today’s musical landscape, Brandon Camphor & OneWay, has partnered with the syndicated radio program “The Nightly Spirit with Willie Moore Jr.” for the #ICHOOSEYOUJESUS campaign to promote the group’s Top 25 radio smash “I Choose You” which is available on iTunes, Amazon MP3 and all major digital music retailers.

Listeners of the radio program are encouraged to take selfies of themselves and to post them to Twitter or Instagram with the #ICHOOSEYOUJESUS hashtag as a bold statement of faith for a chance to win a brand new iPad Mini.  Each week of the campaign, the show’s producers will randomly pick a winner among those who have posted a selfie with the #ICHOOSEYOUJESUS hashtag. All winners will be announced during “The Nightly Spirit with Willie Moore Jr.” that airs during weeknights from 7:00-11:00 p.m.  The group’s video of “I Choose You” is in rotation on TV music programs and can be viewed online at: https://www.youtube.com/watch?v=z_QIeUwpm2k

A Washington, D.C. area native, Camphor formed OneWay in 2007 with singers Angela Jones, Julia McMillan, and Fred Cleveland. Their debut album “Regeneration” was released in 2009 but they didn’t make national headlines until their tune “You Are Good” hit the Top 30 in 2014. OneWay is now putting the finishing touches on its sophomore album “Hope Is Alive” that is tentatively scheduled for an October 9, 2015 release.  One Way’s name is based on the idea that there’s “One way to live the life,” says Camphor. “We live for Christ. He’s the way, the truth, the light.”