3 Winans Brothers Sign with eOne Music, Debuts New Video for “Move In Me” 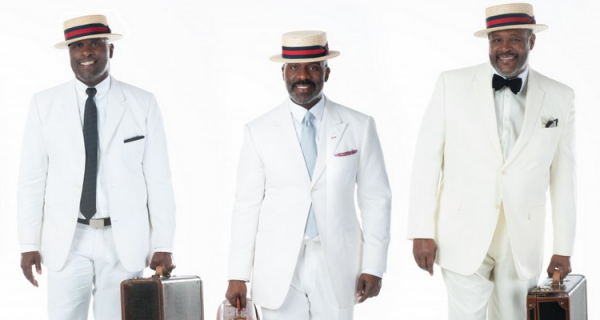 Known to many as the first family of Gospel music, the Winans have had countless hits over the past few decades and continue to find new ways to reinvent themselves. Heralded for their effortless delivery, soulful voices, songwriting expertise, charismatic performances, and more, the Winans have a style that is all their own. Three of the Winans brothers have come together to form a super group, 3 Winans Brothers, featuring Marvin & Carvin of the hit group The Winans and BeBe of the hit duo BeBe & CeCe Winans. With the entire album written by the legendary brothers and the album releasing on the brothers’ independent record label, Regimen Records, 3 Winans Brothers is calling the shots both on and off the mic.  The group signed an artist services/publishing deal with BMG in early 2014 and has just announced that they have also inked an exclusive marketing and distribution deal with Gospel music powerhouse, eOne Music. The debut album from the group, Foreign Land, hits stores everywhere on September 30th.

Foreign Land has already produced two hit singles for the Winans Brothers including “If God Be For Us,” which the group performed in front of 4 living U.S. Presidents (Presidents Carter, Bush, Clinton, & Obama) at the historic commemoration of the 50th Anniversary of Martin Luther King’s March on Washington, and “Move In Me.” The current single, “Move in Me” was produced by Grammy winning producer Daniel Weatherspoon and remixed by multi-Grammy award winning songwriter/producer, Warryn Campbell. The single is quickly moving up the charts and the group has just shot a music video with an all-star cast, featuring: MC Hammer, Mike Tyson, Sugar Ray Leonard, and Terry Crews. The Insider with Kevin Frazier did an exclusive behind the scenes piece with the group while they were filming and the highly anticipated video is set for a worldwide premiere on VEVO on Tuesday, July 8th.

With 17 Grammys among them, a star on the Hollywood Walk of Fame, countless accolades and more, 3 Winans Brothers has already achieved milestones that artists of every genre dream about. The trio has joined together because of their love for writing, singing, and performing music. The family has always had a way of comforting the world through their lyrics and persona, as they so memorably did back in 2012 when they encouraged mourners everywhere over the loss of American icon, Whitney Houston, with Marvin Winans delivering the heartfelt and touching eulogy. The Winans Family give people hope and they plan to continue uplifting others with this new music. The group will be performing throughout 2014 to promote the new album.