Home / Featured / BeBe and CeCe Winan’s, “Born For This,” leads the pack of nominations for the 28th Annual NAACP Theatre Awards

BeBe and CeCe Winan’s, “Born For This,” leads the pack of nominations for the 28th Annual NAACP Theatre Awards 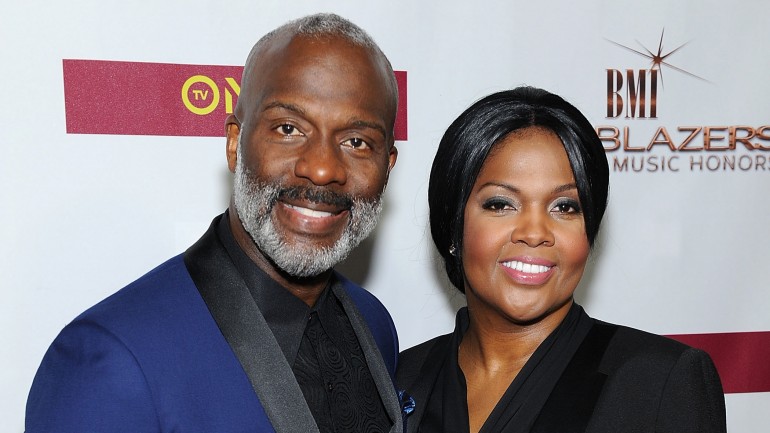 The NAACP Beverly Hills/Hollywood Branch’s Theatre Viewing Committee has spoken, and the nominations are in for the 28th Annual NAACP Theatre Awards.  In order to accurately represent the list of contenders for this year’s awards, we have updated the nominations list, which truly represents a legacy of talent that includes a legendary gospel family, a member of the EGOT winner’s circle, and cross-section of elite screen and stage actors and actresses.  They all will be honored for their excellence on both the small and large stages during our annual awards dinner, slated to be held on Monday, June 17, 2019, 6:00 p.m. at the prestigious Millennium Biltmore Hotel in Los Angeles, California.

A musical production depicting the rise of gospel duo siblings BeBe and CeCe Winan’s, “Born For This,” leads the pack of nominees among the Equity (large) theatre group with 13 nods.  Rounding out the 13 nominations, both BeBe Winans and Charles Randolph Wright received nods for Best Playwright.  Just as the Winans helped define a modern era of gospel music, “Disco Queen” Donna Summer helped define a distinctive era in American history.  Honoring the life and music of disco icon Donna Summer, the Equity Theatre musical, “Summer: The Donna Summer Musical” earns a whopping 10 nods.

Dramas also made a significant impression this awards season with “Head of Passes” raking in 6 nominations.  The critically acclaimed production is a gripping drama about acceptance and the power of faith. The incomparable Phylicia Rash?d earned a Best Lead Female nomination for her portrayal of the ailing matriarch.

Previous NAACP Theatre Award winner for “Ray Charles Live!,” Rahn Coleman gets another nod this year for Best Music Director for “Shout Sister Shout,” a large theatre production that tells the story of the Rock & Roll trailblazing guitarist Sister Rosetta Tharpe. This production earned 3 nods for its portrayal of the “Godmother of Rock & Roll.”

Veteran actor Joe Morton picks up a nomination for Best One Person Show for “Turn Me Loose.”  “Turn Me Loose” is a one-man comedic drama about the extraordinary life of Dick Gregory.  Producer John Legend and Get Lifted Film Co. earned a Best Producer nomination for this bio-play.   Mr. Legend continues to expand his wings after becoming the most recent artist to join the EGOT family, earning an Emmy, Grammy, Oscar and Tony for his vast music career.  Could a Theatre Award be his next conquest?

“King Hedley II“ leads the group of 99-seat theatre productions with 6 nominations including Best Producer and Best Playwright.  Penned by Pulitzer Prize winning playwright August Wilson, this is thought to be one Wilson’s most tragic plays as it explores what happens to black men when they feel worthless and black women when they feel forgotten.

Small theatre productions “This Land” and “Les Blancs” tie with 5 nominations each in the small theatre category.  Both productions took the audience across the globe to tell their stories.  “This Land” followed 4 families spanning 150 years of history from their country of origin to Watts in Southern California.  Evangeline Ordaz, the nominated playwright for this production, explored the complexity and diversity each family brings to the streets of Watts.  However, the critically acclaimed play “Les Blancs” by “A Raisin in the Sun” playwright Lorraine Hansberry depicts the plights of colonialism in the late 19th and early 20th century on the continent of Africa as she explores the culture clashes and assimilation that occurred during that period.

Lastly, up for Best Director in a 99-Seat Theatre, veteran stage and screen actor Bill Cobbs and actress Gina Belafonte bring decades of wisdom and knowledge to the director’s chair.  Both projects explore the social and political complexities in our communities from two distinctly different angles.  Bill Cobbs directed the powerful drama, “The Meeting,” which imagines a conversation between two of the most socially and politically influential figures in modern times — Malcolm X and Dr. Martin Luther King Jr.  This powerful play also earned nods for Best Producer and Best Ensemble Cast.  Best Director nominee Gina Belafonte, youngest daughter of Harry Belafonte, brings a different point of view on politics and society in the one-man show, “Lyrics from the Lockdown.” This acclaimed production explores the ways race, class, power and privilege shape prison and policing in America through the eyes of Byronn Bain who is also nominated for Best One Person Show – 99 Seat Theater.