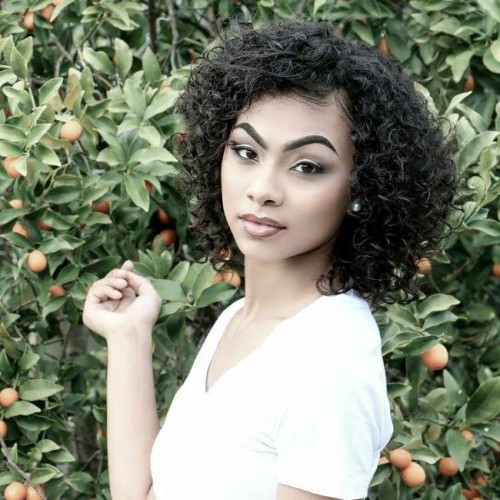 Rising star Bri, (known to her more than 300,000 Instagram followers as Simply BeBe or to her friends as Briana Babineaux), has astounded the music industry with the sales of her debut digital EP “I’ll Be The One.” The dynamic singer has made history as the first vocalist to debut in the #1 slot on Billboard’s Digital Gospel Chart without aid of radio airplay, a major television appearance or prior sales history. “This is unprecedented for the gospel genre,” says one music industry veteran who spoke on condition of anonymity. “We’ve never seen this before.” Bri’s uplifting single also premiered at #13 on Billboard’s mainstream Hot Singles Sales Chart and it’s likely to surface on the magazine’s Hot Gospel Songs hybrid chart as well. “We are totally ecstatic,” says Bri’s manager Marquis Boone. “I knew she was something special when I first saw her videos on You Tube and I made up my mind to sign her.”

Marquis Boone Enterprises “pulled a Beyonce” and released Bri’s first-ever release to the various digital retailers at midnight on Tuesday, June 9th with an announcement across her social media platforms and an expectation that her social media fans known as Brination would support the song. “Brination really came through for us,” Boone continues. “They posted videos on their own social media pages that they had downloaded Bri’s music and then others shared those posts. Members of Brination posted videos of themselves singing the song to their Instagram pages and Bri re-posted many of them to her own Simply-BeBe Instagram page and a frenzy took place. We had high hopes but this response has eclipsed all of our highest aspirations.”

The 20-year old University of Louisiana criminal justice major has been singing since the age of three and most of that has been at the Refuge Temple in her hometown of Lafayette, LA. The Brinanation phenomenon started last year when Bri was going through a rough time emotionally. “I didn’t want to sing anymore,” she recalls. “I was in this dark place and I couldn’t see my way out.” Two friends pushed her to hang out with them at a photographer’s studio and while there Bri began to sing “Make Me Over” by Tonex. “That night I begin to sing with so much conviction and began to release all the pain, the hurt, the things that I went through and I made a vow to God that no matter what I go through in life that I’m still going to bless His name.”

One of Bri’s friends posted the camera phone video of that song on You Tube in January 2015. It went viral and to date the video has amassed nearly 500,000 views. Since then, Bri has posted other amateur singing videos that have continued to build her Brination fan base and led to a bidding war between record labels and various producers to see who would sign Bri before she and her family settled on Marquis Boone Enterprises which has had awesome success with former elementary school teacher Casey J who has one of the biggest gospel hits of the year with the song “Fill Me Up” that has spent 14 weeks at #1 on Billboard Magazine’s Gospel Airplay chart and propelled her inaugural album “The Truth” to debut at #1 on Billboard’s Top Gospel Albums sales chart.

“She’s like the Justin Bieber or Ariana Grande of gospel and a force to be reckoned with, she’s young, beautiful and loves Jesus. She fills a huge age gap in the gospel music industry.” Boone says of Bri’s sudden success.  For her part, Bri is truly grateful for the opportunities coming her way. “It’s a blessing for me to have a career in something I’m so passionate about,” she says. “I’m walking in the clouds right now because of the incredible things God is doing in my life right now.” Fans can keep up with Bri and her activities at www.brination.org.