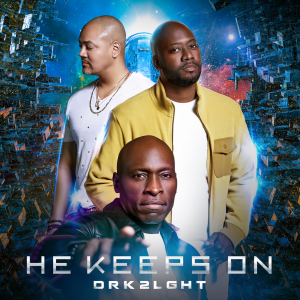 Emerging from the Washington DC metropolitan area are three Gospel recording artists who are three award-winning songwriters and three preacher’s kids “PK’s” who have united with one mission – to spread the Good News of Jesus Christ and have fun doing it!  With a plethora of individual music awards, honors, and hit songs to their credit, CD Porter, Rob Mercer and Javon Inman have come together as DRK 2 LGHT – an authentic brotherhood of musical genius with the intent to impact the Kingdom with songs of healing and deliverance.
DRK 2 LGHT was formed when Rob was asked to do a concert in The Gambia in April of 2016 and he invited Javon and CD to be a part.  Behind the scenes, God was divinely forming a bond and brotherhood for ministry beyond West Africa for the three friends.  It was their video-recorded performance of Israel Houghton’s “Alpha & Omega” on the last day of their trip which garnered national attention thereby leaving the gentleman in wonder if they should pursue something more upon their return to the states. After prayer and a few conversations about the style of music they desired to create, DRK 2 LGHT was formed.
Since then, DRK 2 LGHT has been working on new music and has inked a distribution partnership with rising Philadelphia based label ENON MUSIC GROUP (EMG).  EMG with Sony/The Orchard will distribute DRK 2 LGHT’s forthcoming EP set to release in 2021.
“Enon Music Group signed DRK 2 LGHT because they embody everything EMG stands for – an independent artist who wishes to do music on a high level, from their hearts, with the desire to continue to lift the name of Jesus through song,” says Garland Miche Waller, Vice President of Enon Music Group.  “We also wanted to keep expanding our music base so that we are not only be known as a traditional Gospel or choir based label but that we are known to have a well-rounded catalog of music and artists.  We see nothing but great things for DRK 2 LGHT, and we pray that our joint efforts manifest a successful project, and most importantly that GOD GETS ALL THE GLORY!”
With EMG, DRK 2 LGHT has released their debut single “He Keeps On”.  Their funky first single has an urban groove and showcases Javon’s, CD’s and Rob’s smooth vocal tones that effortlessly blend in harmonious swag.
Listen to “He Keeps On”
“He Keeps On” is produced by hit-maker Tone Jonez and written by Javon Inman.  DRK 2 LGHT delivers a stellar performance with lyrics illuminating the goodness and truth of God’s grace.  “He Keeps On” is available on all digital music outlets.  The song is also impacting Gospel radio across the county now.
Javon is clear about the assignment for DRK 2 LGHT.  He says, “We want to please God and that includes ministering to the broken and forgotten. I’m just super pumped because I get to do real ministry with two of the coolest and most anointed guys on the planet. Yep…I’m the blessed one.”

Get to know Javon, Rob and CD – DRK 2 LGHT on social media @drk2lghtmsc and get the first news about forthcoming music and events!
Advertisements