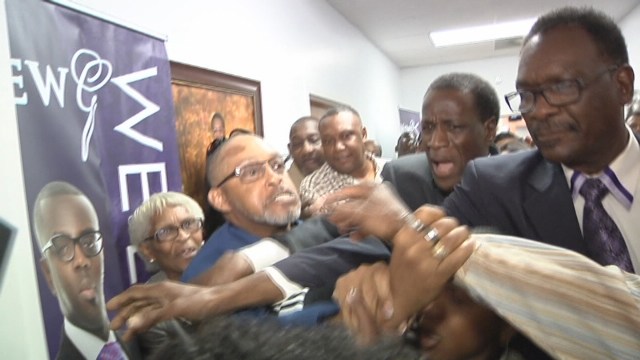 New Galilean Baptist Church is Jackson, Mississippi had its foundation rocked over the weekend! According to reports, nearly 300 members of the congregation signed a petition to have Pastor Orlando D. Franklin removed from the church. As a result of “problems with leadership”, the church’s members demanded Pastor Franklin leave, however, he locked himself in his office, as seen in the video below.

As of now, Pastor Franklin hasn’t made any public comment in regard to the situation. However, a few members of the church have been vocal about their displeasure in Pastor Franklin’s leadership:

“He silences people,” church member Randall Bolden said. “If you don’t agree with him then you can’t talk. And somebody wanted to say something on the mic previously and there have been three instances when people have tried to talk in church and he turned off the mic. And he said you’re not allowed to talk. I am the head, basically. And that’s the problem that we’ve had.”