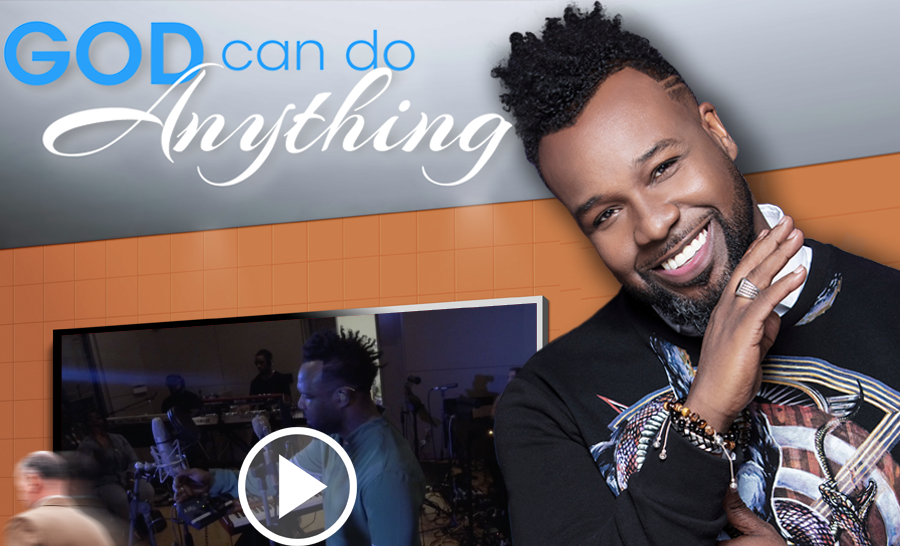 Prolific singer-songwriter and producer VaShawn Mitchell offers new song “God Can Do Anything,” available now on all digital platforms including the official music video on Vevo. 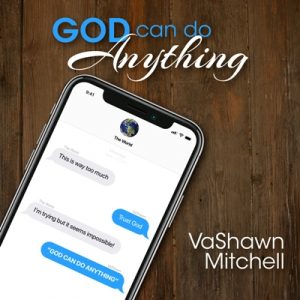 Mitchell penned the first single, “God Can Do Anything” which leads the way to the release of his upcoming full project ELEMENTS. The new ballad intensifies with a driving chorus that reminds listeners of the basic tenets of our faith — hope and belief. With the repeated mantra that, ‘God can do anything’ the song emphasizes God’s ability to overwhelm and amaze us with his grace, love and mercy which are the most essential elements we need in our daily lives.

Nearly nine years after his breakthrough number 1 song “Nobody Greater,” Mitchell will release the conceptual album ELEMENTS, paying homage to his 20-year career, it is a   creative take on natural elements – Wind, Fire, Rain, and Air as metaphoric essentials for believers. His first full project in three years, the album will offer a range of music styles, and sounds that have most often been associated with his 20 years in music.

“When the world is in a constant state of crisis, the soul desires comfort in the face of chaos,” says Mitchell. “ELEMENTS represents my heart’s response to the cry from the earth for answers in the middle of tumultuous times.”

Mitchell has amassed over 5 million worldwide sales over the course of his career, and has 8 albums under his belt.  As a young musical prodigy, Mitchell started his career as a standout choir director and released his first album, “So Satisfied,” in 1999. Since  that time, he has earned multiple Stellar Gospel Music Awards, Dove Awards, and two GRAMMY Award nominations. Most recently, Mitchell’s Top 3 Billboard song “He Got Up,” featuring Dorinda Clark Cole earned him a Stellar Award nomination for Traditional Male Vocalist of the Year.

Listen, Buy & Stream “God Can Do Anything”: