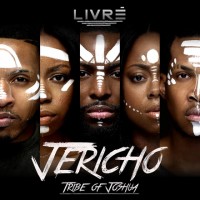 The young, anointed and fashion forward Urban Worship Group LIVRE’ have been rapidly growing their presence in urban inspirational and gospel music.  The vocally powerful, radical worshipping quintet of life-long friends have a dynamic presence and commanding approach to connecting with audiences and ushering in the presence of God.

Malik, Richie, Ajanee, Kenny and Ariel are LIVRE’ and for over a year fans have been waiting for their debut record.  Wait no longer… JERICHO: TRIBE OF JOSHUA is on its way!

LIVRE’s new single “Everything’s Coming Up Jesus” is continuing to push the group forward by climbing the Billboard BDS Chart to #24 this week.