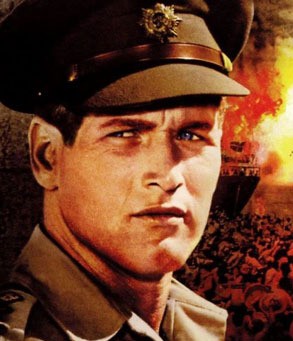 Produced and directed by the legendary Otto Preminger and based on the best-selling novel by Leon Uris, this silver screen classic film tells the dramatic and inspiring story of a group of Jewish Holocaust survivors who defy hardships, dangers, and nearly impossible circumstances to sail to Palestine, paving the way for the fulfillment of Bible prophecy and the re-emergence of the nation of Israel.

The film itself won an Academy Award in 1960 for composer Ernest Gold’s original score that includes the majestic “Exodus” theme, for which TBN regular Pat Boone penned the moving lyrics.

TBN Vice President Matthew Crouch said that Exodus offers an inspiring and creative historical account for younger generations who may not be aware of the intense struggle faced by a small core of Jewish individuals who gave their lives and strength to found modern Israel.

“Over forty years ago my parents, TBN founders Paul and Jan Crouch, forged a warm friendship with Israel and its people, including some of those first-generation founders,” said Mr. Crouch. “It’s a relationship that continues today through initiatives like TBN’s Jerusalem studio, which began many years ago with a vision my late father had to bless Israel through inspirational programming.”

Mr. Crouch recalled that Exodus was a favorite movie of his father, because of the impact it had in building support in the U.S. for the young nation of Israel, only twelve years old when the movie was released. “The story of this small group of Jewish pioneers who refused to be denied the heritage God had promised them was a story that captured the heart of Paul Crouch, just as it did so many other Americans,” said Matthew Crouch. “He was honored, as we continue to be, to feature a film that so powerfully depicts this nation and people God has chosen as His own.”

Mr. Crouch noted that Exodus represents TBN’s continuing commitment to air films that both entertain and inspire. “From favorites like the Academy Award winning Chariots of Fire, Billy Graham’s beloved Hiding Place, and the classic Shoes of the Fisherman, to modern classics like Left Behind, Carman: The Champion, and The Passion of the Christ, TBN has made it a priority to bring our viewers the kinds of movies that are both compelling and heart-changing,” he said. “It’s this type of programming that has consistently made TBN the standard-bearer in faith-and-family television.”