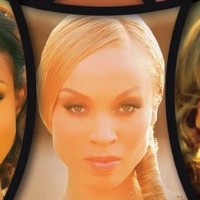 After a 3-year hiatus in 2006, the ladies created one of their most critically acclaimed R&B inspired projects to date, “Testimony.” The project spawned the radio hit “Follow Me,” (#4 peak) in addition to favorites, “The Sky Is The Limit,” “1-2-3- Praise” featuring T-Bone and “Praises To You” featuring Martha Munizzi.

After “Testimony.” being virtually impossible to find for several years, fans can now breathe a sigh of relief as TESTIMONY: RELOADED hits stores and all digital outlets. The reloaded edition is special because not only does it include Virtue’s brand new radio single “You Are,” but also an all new unreleased single “You Deserve,” produced by Fred Jerkins.

TESTIMONY: RELOADED returns just in time to engage Virtue fans to be on the lookout for their brand new comeback full-length CD scheduled for Summer 2015 release.