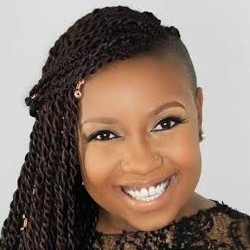 Gospel music’s newest superstar Casey J continues to break new ground in her young career as her radio smash “Fill Me Up” spends its 13th week at #1* on Billboard Magazine’s Gospel Airplay chart and makes its debut at #29 on the magazine’s R&B Adult Airplay chart. The uplifting song also makes its debut at #30 on the Mediabase Urban AC chart where it joins new hits by the likes of Boney James, Charlie Wilson, Miguel and the cast of the television series “Empire.”

The 28-year old vocalist is living her dream. “All of these great things that are happening are blowing my mind,” the former elementary schoolteacher adds. This Saturday, she’s sharing a bill with one of her musical heroes Fred Hammond. They are performing at The Duke Energy Center for the Performing Arts in Raleigh, NC.

Casey J’s debut album “The Truth” debuted at #1 on Billboard’s Top Gospel Albums chart last month, received a sterling review in the prestigious New York Times and continues to sell briskly. “When I grow up, I want to be like Chrisette Michelle or India Arie,” she chuckles. “Although, they are not gospel artists, they have a similar style as me. People and worship are my heart. I want the environment of my performances to be about the worship and not so much about me personally or my artistic persona. I admire Israel Houghton because his music is for everybody.” Visit www.caseyjmusc.com or www.marquisboone.com for more news on Casey J.