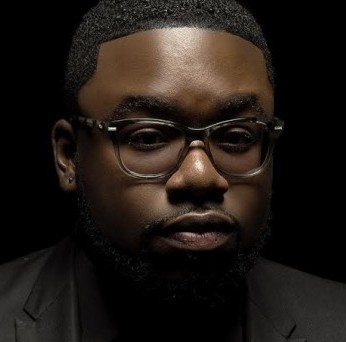 Anyone looking for Vincent Tharpe’s long dread locks or his Kenosis gospel group’s pew-jumping theatrics may be surprised when they show up at the Stellar Award nominated group’s concerts. Tharpe has chopped off his locks and the choir’s smooth new radio single “Grace” signifies a much more polished musical direction than the high-energy shout songs “Thank You, Lord” and “Let’s Praise Him” that have defined the group’s sound over the years.  “I would go to certain churches that had restrictions on how men wore their hair,” Tharpe reveals. “ I’d have to wear it in a pony tail or do something to camouflage it so one day I just decided to cut it as a sign of maturity. If my hair is standing in the way of people receiving the ministry then I’ll make the sacrifice. The funny thing is that people ask how it feels not to have the dreads because some of my friends had withdrawals when they cut their locks but I didn’t miss it at all.”

Another big change for the ensemble is their high-voltage, Pentecostal-flavored cache of tunes has expanded to include polished grooves such as the group’s new radio single “Grace” which was produced by Grammy Award winner Cedric Thompson. “It’s one of those songs that will take you back to when God first saved you,” Tharpe says of the tune he wrote. “When we started performing we were all 15 or 16 years old and now we’re all in our twenties and this is just another step in our maturity as a group. We haven’t lost our anointing. We still give a good, high-energy concert but now we’re worshipping while we do it so it’s a very different approach for us but I’m really enjoying it.”

“I’m really proud of Vincent and the group for continuing to be who they are and to evolve into the world class act that they are,” says Zantino Kimmons, the group’s manager since the beginning of its career.  “They are about to zoom to a new level and make the industry stand up and take notice.” Fans can take notice at a performance celebrating Kenosis’ sixth anniversary this Friday, October 24 @ 7 PM at Ebenezer Missionary Baptist Church, 1807 John Paul Drive in Memphis, TN. Guest artists will include Tobbi & Tommi, Kevin Lemons & Higher Calling, C. Ashley Brown, Carl Hearne & Priesthood, Anthony McGahee & Praise Motivated and The Barnes Family. The spirit-filled choir’s debut CD “Live in Memphis” debuted in the Top Ten on Billboard’s Gospel Albums chart in 2013.