RCA Inspiration, four #1s with The Walls Group and Travis Greene on Gospel charts this week! 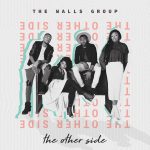 RCA Inspiration celebrates four #1s on the Gospel charts this week from award-winning artists The Walls Group and Travis Greene, as The Walls Group returns with their newly-released album THE OTHER SIDE (Fo Yo Soul/RCA Inspiration), which debuts at #1 on Billboard’s Top Gospel Albums Chart.  The third album from the GRAMMY® nominated, multiple Stellar Award-winning sibling group (Darrel Walls, Rhea Walls, Paco Walls, Ahjah Walls),THE OTHER SIDE also debuted at #1 on the Gospel Total Consumption Chart this week. 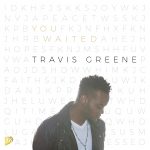 “You Waited,” the acclaimed hit single from Travis Greene, continues to fire up the charts this week, marking the third week in a row at #1 this week on Billboard’s Gospel Airplay Chart. “You Waited” is the third consecutive #1 single atop that chart from the two-time GRAMMY® nominee and seven-time Stellar Award winner, following his #1 singles “Intentional” and “Made A Way.” “You Waited,” featured on Greene’s latest chart-topping Gospel album Crossover: Live from Music City, also is a #1 single this week on the MediaBase Gospel Chart.

Phil Thornton (SVP and General Manager, RCA Inspiration) says: “We are honored and grateful to all the fans, radio, and other music partners out there who continue to support the powerful songs and incredible messages from The Walls Group and Travis Greene’s latest projects topping the Gospel charts! Thank you for your inspiration and amazing support of Gospel music!”