PLEASE KEEP The Queen of Gospel “Albertina Walker” In your prayers! Sources tell uGospel.com (Urban Roundup Group, LLC.) that Albertina Walker, who on August 29, 2010 celebrated her 81st Birthday, was admitted to the hospital last night. The cause has yet to be determined, But she has been told to get much rest.  Please Keep her in your prayers.

In the mid 1970s, Walker signed with Savoy Records then Benson Records, Word Records, A&M Records, and other record companies, recording a series of solo projects, many of them with big church choirs including The Evangelical Choir, The Cathedral of Love Choir, The Metro Mass choir, and her own church choir – The West Point Choir. Albertina recorded her first solo project Put A Little Love In Your Heart in 1975. She also recorded several projects together with Reverend James Cleveland. To date, she has recorded over 60 albums, including gold selling hits “Please Be Patient With Me”, “I Can Go To God In Prayer”, “The Best Is Yet To Come”, “Impossible Dream”, and “Joy Will Come”.Albertina still enjoys an active recording career, often lending her talents to the projects of other artists in addition to her own. These albums have yielded multiple Gold records and Grammy nominations.

Walker recorded a reunion album with her group The Caravans entitled Paved the Way, which was released by Malaco Records on September 5, 2006. Performers included Walker, Dorothy Norwood, Inez Andrews, and Delores Washington. The album was dubbed by Billboard magazine as one of the most memorable releases of 2006 and entered the Billboard charts in the top ten and remained in the top forty for sixteen weeks.Paved the Way was recently nominated for a Grammy, Dove, Soul Train Music Award and two Stellar Awards. 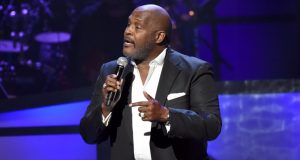 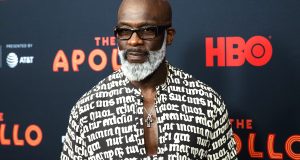