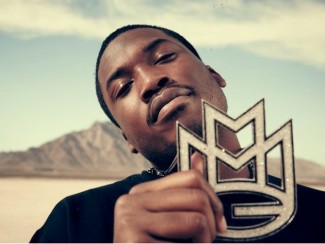 Pastor Jomo K. Johnson, Founder and Co-Pastor of Philly Open Air Church in Philadelphia, recently used his blog to blast rapper Meek Mill, also a Philadelphia native and member of Maybach Music Group, for his new song “Amen”, off his Dream Chaser’s 2 Mixtape. Pastor Johnson believes that “Amen” is a display of disrespect for the Christian community. He claims Meek Mill, real name Robert Williams, insults the church by comparing it to a club or “sexual brothel”.

“As a Pastor it hurts me to say that Meek Mill, with this song, has mimicked his mentor by becoming a ‘blasphemous bastard’ through his music,” says Pastor Johnson. “It is my hope that he and other similar artists will recognize the seriousness of their error and acknowledge this sin by confessing it to the Lord Jesus Christ. All of us have sinned, and the Lord is more than willing to forgive those who confess those sins and turn to him in faith.”

Pastor Johnson, who claims to be a Hip Hop fan, is encouraging rap fans who believe in Jesus Christ to boycott Meek Mill until he acknowledges his alleged disrespect. Personally, I can see where Pastor Johnson is coming from, however, I think he may be going a little over board with this call-to-action. I don’t think Meek Mill’s intention was to defame or disrespect the church, as using the word “church” is slang for saying “true” in Hip Hop. Meek is currently performing on the Club Paradise Tour, headlined by rapper Drake. Stay tuned to see how this all unfolds. If you want to hear “Amen” for yourself, YouTube it and let us know what you think.

Pastor Johnson has a unique testimony of the power of God’s grace. After seeing his mother shot by his father at the age of 7, he lived without a strong male figure for most of his life during his father’s incarceration. This led him to fight, use drugs, rebel against authority, and live a dangerous street life. At the age of 17, he was arrested for aggravated assault and sentenced to serve time in jail. 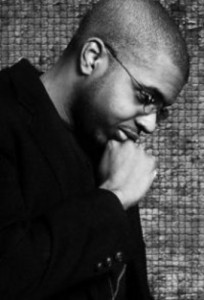 After attending a Bible study in jail, he learned that Jesus died to pay for his sins. Pastor Johnson placed his faith in Christ and was dramatically changed. After serving a total of 4 years incarcerated, he sensed the call into ministry. It was at the age of 24, that he devoted himself into the full-time study of the Word of God and future pastoral work.

For the past 10 years, Pastor Johnson has ministered to youth and the incarcerated, done street preaching, performed in music ministry, and served in door-to-door evangelism teams. He began Philly Open Air Church in October of 2010 as a highly evangelistic street ministry designed to reach the lost of North Philadelphia. A year later, Philly Open Air continues as an energetic, vibrant, and youthful Church that is having an impact for Christ among the unchurched teens and young adults of North Philadelphia. Later next year, Johnson plans to form G.G.I.S. Ministries, (God’s Grace Is Sufficient) a Christian For-Profit Business that will provide jobs while contributing 50% of all income to foreign mission work.

DO YOU AGREE OR DISAGREE WITH PASTOR JOHNSON?