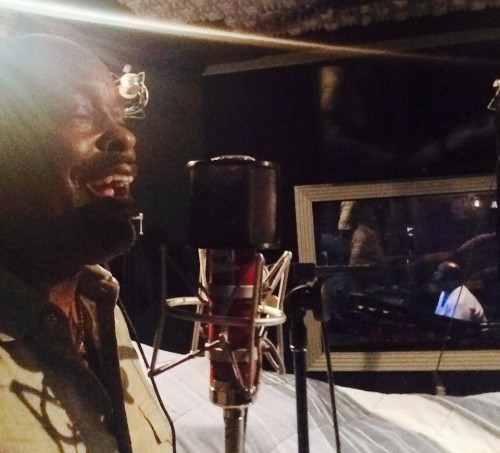 Most people know Dr. Gregg J. Patrick as the charismatic pastor of one of Houston, Texas’ largest congregations, The Southwest Community Christian Center – The Bridge, that boasts a flock of more than 7,500 people. However, he’s also a dynamic recording artist gearing up for his first musical release since 2008 and it’s an outstanding release. The uplifting new single “Outstanding” is a remake of The Gap Band’s classic 1983 #1 R&B hit of the same name.

Prior to receiving the vision for his church in 1980, Patrick had a stellar career in the entertainment world as comedian Redd Foxx’s manager and was also affiliated with The Gap Band (Charlie, Ronnie & Robert Wilson) in their early rise to fame. The idea of cutting a gospel version of “Outstanding” has been on Patrick’s mind for a while. “I wanted a song to express how wonderful God is and how outstanding He is.  I wanted to draw people who were outside of church and it’s a song to bring the world to God. I talked to Charlie at first about doing it with me but we never could get our schedules to match. The words came to me six years ago.  Ronnie Wilson was preaching at my church one Sunday and I told him I wanted to remake the song and he told me I should do it.”

Pastor Patrick recruited noted producer Asaph Ward (The Clark Sisters, Smokie Norful, Kim Burrell) to lay the track and invited powerhouse vocalist Shawn McLemore to join him in leading the jubilant song. “I love it,” says Greg Cooper, Program Director of WMBM 1490 AM in Miami, FL. “I’m going to play it right away.”

The song will anchor Pastor Patrick’s forthcoming CD “Dangerous Crossings” (Crossover Records/Blacksmoke) that will release in the fall. It’s his first release since 2008’s Top Ten CD “Crossover” that boasted the radio hit  “I Am A Witness” (featuring Rhonda McLemore) and a blistering gospel cover of McFadden & Whitehead’s  #1 1979 R&B hit “Ain’t No Stoppin’ Us Now.” He is excited about the ministry potential for “Outstanding.” He says, “People are not recognizing what God has done in our lives. I want to encourage people to be a living testimony. Like in the song we sing `Lord, you brought me out and it makes me want to shout.’ So, that’s a message not to hold back. God saved you, raised you and brought you out  because He is outstanding. This is a song for today.”