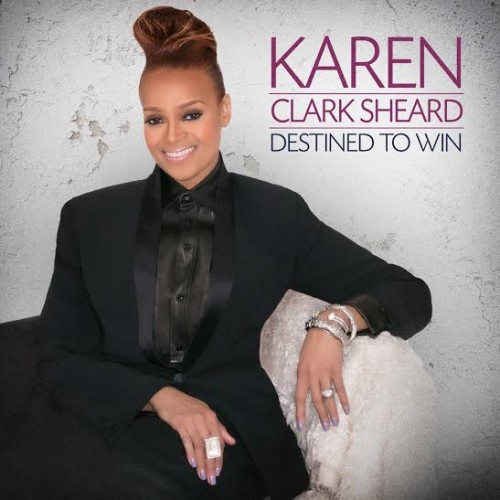 The highly-anticipated new album from gospel superstar Karen Clark Sheard is here, with her sixth solo album Destined To Win available everywhere in-stores and online. The beloved music icon’s voice and performance style display unsurpassed richness on her latest album, with the buzzed-about project eagerly embraced by fans and garnering advance accolades including the New York Times praising the record’s “volume of joy and excellence in all the details….Mrs. Sheard is a soprano of great range in pitch and tone, elegant to guttural. She’s riding on top of these tracks with constant invention,” and Essence.com previously declaring it “one of the most anticipated projects of the year,” to GospelPundit.com stating, “Destined To Win is a powerful declaration of faith and victory, marked by the impeccable and unparalleled vocals of one of gospel music’s greatest treasures.”

Featuring the hit singles “My Words Have Power” (feat. Donald Lawrence & The Co.) and the GRAMMY®-nominated “Sunday AM,” the 4-time GRAMMY®-winning music legend continues to deliver a powerful masterpiece of encouragement and passion for faith on this new 10-track album, with the enthralled crowd reaction putting listeners in the live performance experience, from her packed live album recording at Chicago’s House of Hope.  The album features production from esteemed collaborator Donald Lawrence along with Daniel Weatherspoon, as well as her son J. Drew Sheard II on the anthem “My God Is Big,” and other early favorites such as “The Who Doesn’t Matter” (feat. Faith Evans), Richard Smallwood’s “The Resurrection,” “We Acknowledge You,” and more.