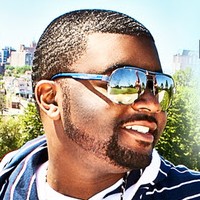 Marcus McFarlin, also known as “Elder Mac”, is a young vocalist, producer, song writer and musician who loves to praise the Lord. Since the age of twelve, Marcus believed that God began to place victorious melodies and songs into his heart. As God began to elevate young McFarlin, he began to endure great test and trials. His sophomore project, “More”

While playing alto saxophone as a member of the C.H. Mason Memorial Orchestra of the International C.O.G.I.C., McFarlin began to gain a love for the message within gospel music and began to utilize the gift God had given him by writing, composing, and playing his own songs.

His unique, powerful, and original style has allowed him to share the stage with many mainstream gospel and R&B artist such as Donnie McClurkin, Dawkins & Dawkins, Mary-Mary, Eve, Fabolous, Marvin Sapp, Mario, Dr. Bobby Jones, Donald Lawrence, Fred Hammond, Tye Tribbett, Vickie Winans and many more. He has made appearances on the Trinity Broadcast Network, TCT, Network, Uplifting Entertainment Network, The Dorinda Show, the world’s largest gig known as Summerfest, African World Festival, Jam4Peace, and many churches across the states. This is only the beginning of what God has begun to do in the life of Elder Marcus McFarlin.