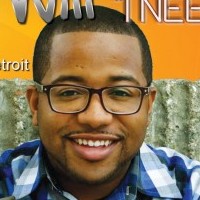 Ben Will is a singer/spoken word artist based in Detroit, MI. Most notably recognized in his hometown for his positive uplifting messages matched with unflinching candor and topical humor. Ben draws inspiration for his work from his relationship with Jesus Christ, love for all people and his desire to do well.

As a vocalist, Ben has studied with Frances Brockington in Detroit, Judith Kellock and Ric Ryder in New York, and Marina Smirnova in Moscow, Russia. Ben has been fortunate to share the stage with recognized artists such as Al Green, Pete Seeger, Nicholas Bearde, Sweet Honey in the Rock, La Shaun phoenix Moore and Detroit’s own Alvin Waddles.

Ben’s debut single “I Need Thee” will be available for download on Tuesday August 18, 2015 on Amazon, iTunes and GooglePlay. Ben has been greatly inspired by artists Israel Houghton, B. Reith, Tye Tribett, and Hillsong. Look for Ben’s neo-gospel debut EP in early 2016.