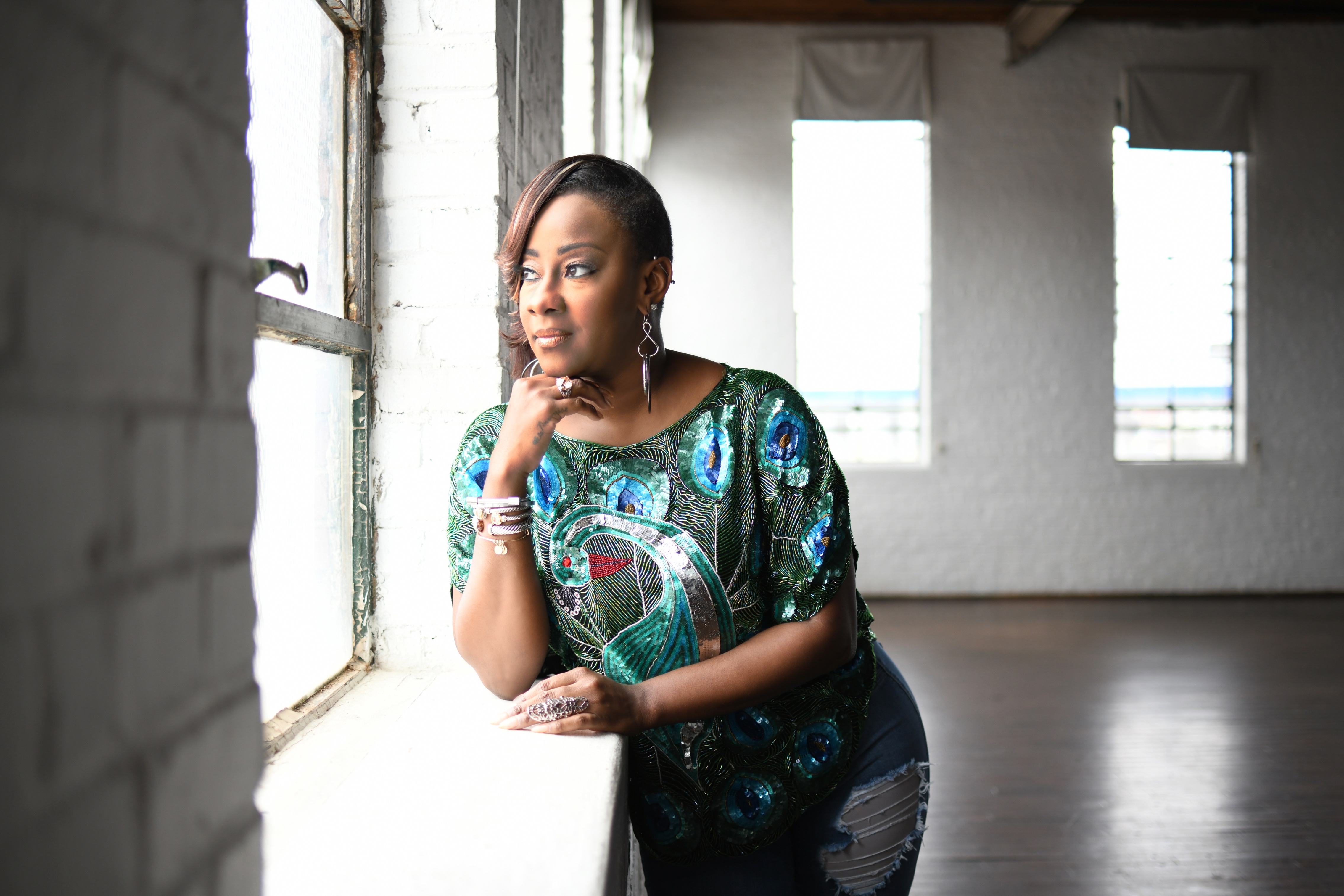 Reared in the church, her singing talent was born early in childhood. Later, her teen years shaped her as a rebel that would eventually carve her personality and drive as a gospel music star. Le’Andria Johnson overcame hardship and conflict on the way to epic stardom as a young talent. Along the way to reaching music success, reality dealt her tough hands that challenged her faith in God, relationships, and place in music stardom.

Le’Andria Johnson’s story is about faith in action. Her legacy is about never giving up and never giving in. She has been inspired by following her own path toward God’s plan for her. With hits and misses along the way, Le’Andria uses her platform as a call to action pushing her fans and

followers toward a moral foundation. Those calls to action took her from social media rants, spreading her religious message dressed up as a street prostitute, enduring the challenge of pregnancy out-of- wedlock in the gospel-singing community, and many passionate, controversial church sermons.

The rebel child in her made Le’Andria the self-professed “bad girl of gospel music”– a kind of reckoning toward her faithful conviction to deliver the truth. Taking her church message to the streets and performing passionately in conservative churches she is living her divine destiny. With the awards, accolades, and recognition Le’Andria Johnson has yet to settle for less as a Christian leader.

UNCENSORED is an edgy new series exploring the intimate lives of some of today’s most notable personalities, debuts on TV One beginning Sunday, February 18 at 10 p.m. ET/9C. The 10-episode biography series gives unprecedented access to stars including Tamar Braxton, Charlamagne tha God, Tiffany Haddish, Le’Andria Johnson, Nia Long, Rick Ross and more, as they personally reveal their own stories, in their own words, in the places their stories unfolded.

UNCENSORED is a dynamic series with each episode capturing the essence of its subject. From the ultimate hustler Rick Ross and his climb from the streets of Miami to the top of hip-hop, to Tamar Braxton stepping out of the shadow of her famous sister and the meteoric rise of comedy’s newest “It Girl” Tiffany Haddish, UNCENSORED presents the stories behind the stars. Through the UNCENSORED lens, viewers get an unfiltered perspective on the journey they have taken to achieve their dreams and pop culture fame.

In its first season, UNCENSORED dives deep into the lives of these celebrated individuals with first-hand accounts of their road to stardom from the stars themselves. They speak directly and candidly about their personal triumphs and successes, the obstacles and challenges they have faced, and the pivotal moments that have shaped their lives and careers. No topic is off limits as they discuss issues relevant to today’s national dialogue such as race relations, drugs and violence, and sexual harassment. In addition to first-person interviews, UNCENSORED uncovers little-known facts with an expansive and impressive list of friends and family who know them best.