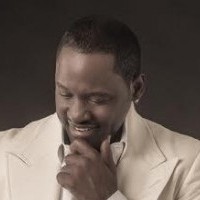 Multiple GRAMMY®-nominated recording artist Johnny Gill will perform on Bobby Jones Gospel 35th and final season on the BET Network. A staple at BET since the network’s inception, Johnny started his career in Gospel music. A son of a Baptist preacher, Johnny’s father, Rev. Johnny Gill, Sr., who was also a Gospel singer, orchestrated and produced Johnny and his brothers’ sound as members of young group, Wings of Faith. As the leader of the group, Johnny’s ears were rooted in Gospel music. “My dad would make us rehearse every day and we couldn’t go to bed until we got it right,” says Johnny. “Dr. Bobby Jones ushered in and celebrated Gospel music to the mainstream and was the foundation of Gospel music at BET. I am humbled and honored to be a part of the final season.”

Currently on tour, Johnny will return to his native Washington, DC to celebrate the legacy of Dr. Bobby Jones. This week, Johnny’s current single, “Game Changer” remains on Billboard Top 10 R&B Single charts from the album of the same title. This is Johnny’s second single from the album that also boasted a Top 10 single, “Behind Closed Doors.”

This summer, Johnny performs on a series of concert dates, along with select dates with New Edition. Dates for July and August include the Dell Music Center in Philadelphia, PA (July 30); the Black Family Cultural Festival in Cesar Chavez Park in Sacramento, CA (August 1); The Richmond Jazz Festival at Maymont with New Edition in Richmond, VA (August 8); the Wolf Creek Amphitheater in Atlanta, GA (August 15); the Fantasy Springs Casino with New Edition in Indio, CA (August 21); the Star of the Desert Arena with New Edition in Primm, NV (August 22), Allstate’s Tom Joyner’s Family Reunion in Orlando, FL (September 5); the Heritage Classic at Landers Center in Southhaven, MS (September 11); and more dates to be announced in the coming weeks. An avid golf player and a sports enthusiast, Johnny will join Jeffrey Osborne and other celebrities at Osborne’s annual Celebrity Classic in Newport, RI (August 9-11).

Johnny’s performance on Bobby Jones Gospel will air on BET during its 2015-2016 seasons.