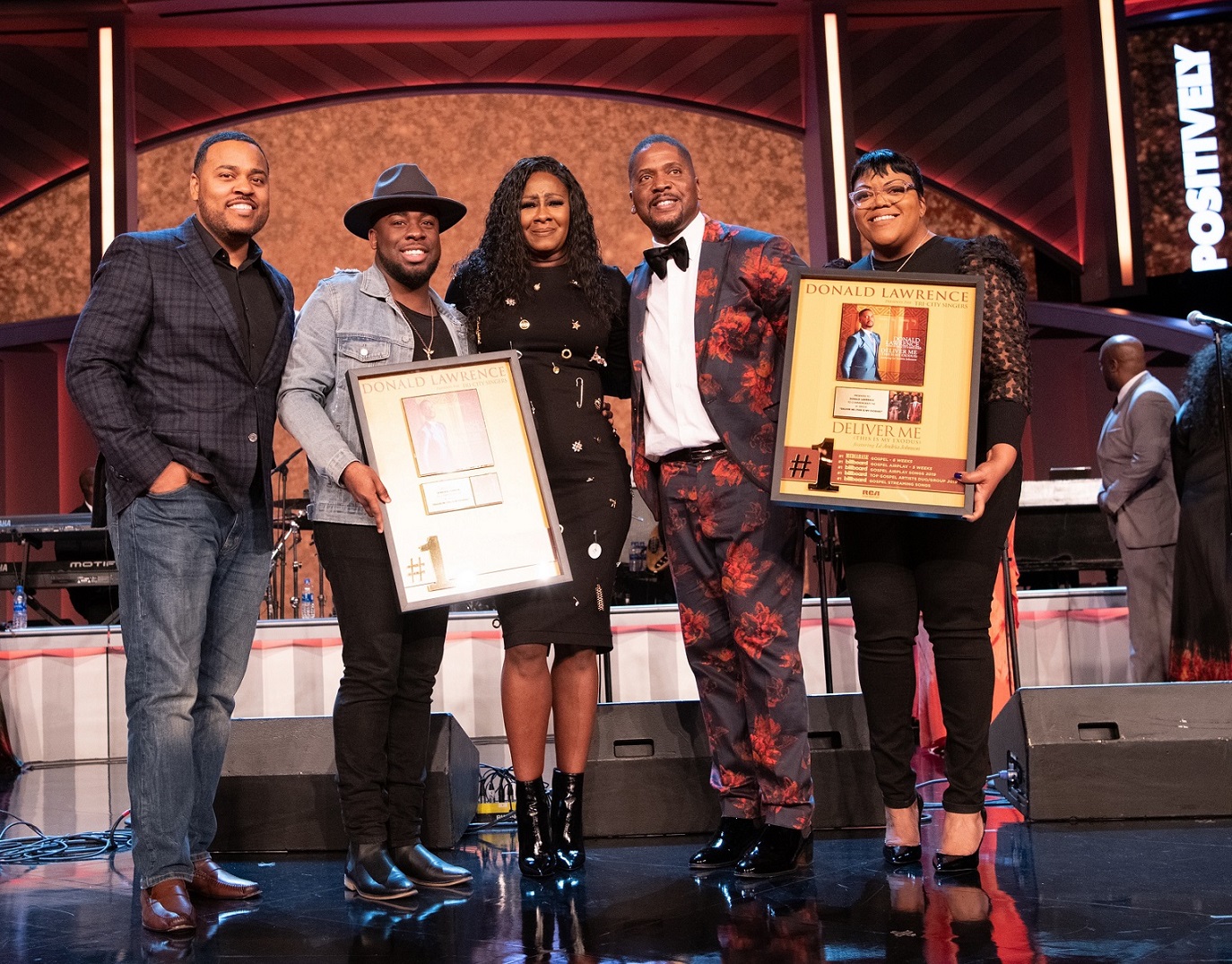 RCA Inspiration celebrates Donald Lawrence and Le’Andria Johnson for their #1 hit “Deliver Me (This Is My Exodus),” making surprise plaque presentations to the two performers in Houston, TX on Friday December 13th, at the McDonald’s Inspiration Celebration Gospel Tour concert at Lakewood Church. A soaring track richly-textured with declarations of faith to break free of past woes, the two GRAMMY®-winning powerhouses first recorded “Deliver Me (This Is My Exodus)” featuring Le’Andria Johnson, for Lawrence’s acclaimed album Donald Lawrence Presents The Tri-City Singers, Goshen, with Lawrence producing and co-writing the track.

Celebrating the single’s enduring power, RCA Inspiration’s Phil Thornton (Senior Vice President & General Manager), Gabby Jones (Manager Artist Relations, Marketing and Content), and Justin Tomlinson (Associate Director of Digital Marketing), presented Donald Lawrence and Le’Andria Johnson with #1 plaques commemorating the song’s success topping several charts this past year. Among the accolades: “Deliver Me (This Is My Exodus)” was named the #1 Gospel Airplay Song for 2019 on Billboard’s Year-End Gospel Airplay Songs chart, and The Tri-City Singers were named #1 Top Gospel Artists-Duo/Group for 2019 on Billboard’s Year-End chart. The song was #1 on the MediaBase Gospel chart for six weeks, #1 on Billboard’s Gospel Airplay chart for five weeks, and #1 on Billboard’s Gospel Streaming Songs chart for one week. Goshen is also up for Best Gospel Album at the upcoming 62nd Annual GRAMMY® Awards, taking place on January 26, 2020, which marks Lawrence’s fifteenth GRAMMY® nomination.

On the song’s message and collaborating with Johnson, Donald Lawrence says: “Deliver Me is Spiritual Song Psychotherapy; it encourages the listener to accept past oppressions but embrace brand new freedom from self-sabotage by declaring ‘This Is My Exodus’…I’m blessed by testimonies of a new sense of freedom…and Le’Andria Johnson, thank you for your transparency.”

Listen to “Deliver Me (This Is My Exodus)” [Donald Lawrence Presents The Tri-City Singers, featuring Le’Andria Johnson]: