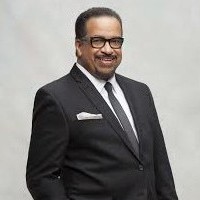 “I’m elated that ANTHOLOGY has entered on the number one spot on the Billboard Top Gospel Chart,” said Richard Smallwood. “Personally, this project is the most important recording that I’ve done, so it adds more to the excitement that people are excited.  I’m so appreciative of their support!”

ANTHOLOGY LIVE is a brilliant collection of 11 new songs and 3 medleys, including the fan favorite “Same God,” with interludes that capture the inspiration and journey of Richard Smallwood’s 40 year career.  Performed with his longtime choir Vision, the new project celebrates the legendary musician’s past and confirms his mainstay in gospel music.

“Along with my Vision family and guests who have been a major part of my history, it is our hope that people who listen will not only be encouraged and inspired to marvel and remember from where God has brought them, but to press victoriously through whatever obstacles they may encounter,” says Smallwood.